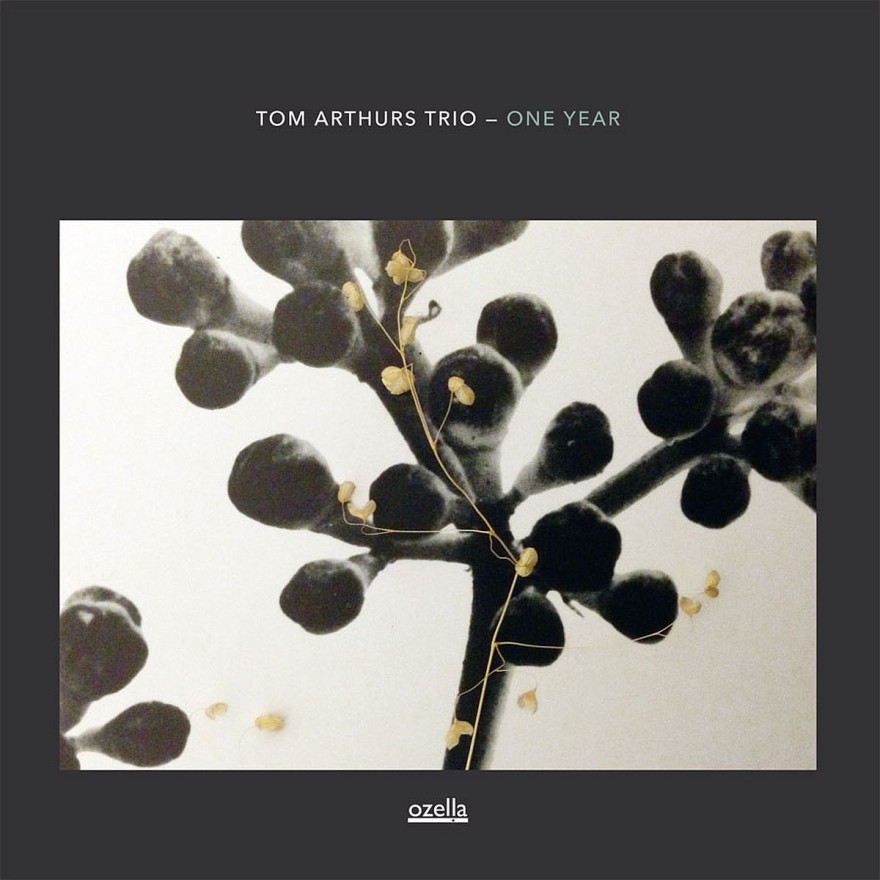 Finding the time for the really important projects is a constant struggle in the life of a musician. So when trumpet player Tom Arthurs found himself with an unexpected one-and-a-half month long stretch of inactivity in 2014, he instantly put the opportunity to good use.”I wrote a lot of new music at the piano“, he remembers over a steaming cup of ginger tea on the terrace of a Kreuzberg café, “It was a free period in between very busy phases and lots was going on. Sometimes I’ll have the feeling that it’s the right time for writing something. Clearly, this was such a moment.”

Although Arthurs and Fairhurst had already collaborated for years, integrating Ounaskari into their densely woven sound world felt entirely natural, according to Arthurs: “The very first moment I spotted Markku in the crowd at the Munich airport, I thought: This is a friend. We then spent a few funny days looking for ice cream and monocles in Passau. The poetry of his playing is astounding, he’s never showing off, never pushing, his touch is so beautiful. He uses a pretty special drum kit with a concert bass drum.”

Between the music’s inception and its release, the trio would only come together for three meetings, but spent considerable time fine-tuning the tracks. An important part of these physical encounters would consist in perfecting their ability to hover right over the cusp between playing ‘out of time’ and playing in time, but at an extremely slow pulse. There was never any need for wordy explanations – partly, because there was a striking, yet entirely coincidental proximity between these new tunes and the folk pieces Ounaskari had earlier recorded with his Kuára-trio on ECM.

For One Year. Arthurs kept reshaping the scores, from changing comparatively minor details to turning entire arrangements upside down. Since the bulk of the original material comprised of fragments, he was able to shift sections from one piece to the next in search of their ideal position. The inspiration had come from film: “I was deeply impressed by how Tarkovsky edited his masterpiece ‘Mirror’. He had no story, no plan, no storyboard. He just shot a lot of material and then, for two years, he had these clothes lines in his house and was putting together the scene into different forms until he had the movie.”

As one striking example among many, the breath-taking opening section of  “Evergreens” was lifted off an earlier groove he’d written for a different piece, but which now fits the new track like a glove. So how does he know where to put a particular passage? ” You can feel it in your body“, he says, pensively, taking another sip from his tea, “ There is always something eating away at you until the right balance emerges.”

As a consequence, many of the pieces juxtapose different approaches, from almost pure sound art via Feldman’s long works to the essential-ism of the Berlin reductionist movement, which inspired Arthurs to move to the German capital in the first place. Even jazz was a reference, as ‘dirty’ as the word may have become in certain circles . ” I had a moment a few years ago where I was no longer afraid to say that I like jazz. In the end, however, the definition of what constitutes jazz is very specific. I still like really old Miles, Roy Eldridge, even Louis Armstrong. At some point, it then became more of the European story for me, with someone like Evan Parker, later the New York Downtown scene. “

And yet, it is precisely these sorts of formal questions that the music on One Year consciously transcends. Instead, it opens up a space where everything feels connected and anything is possible, where quiet really is the new loud. It is one of those records that feel like they could change your life – now all you need is to find the time to sit down and listen to it.