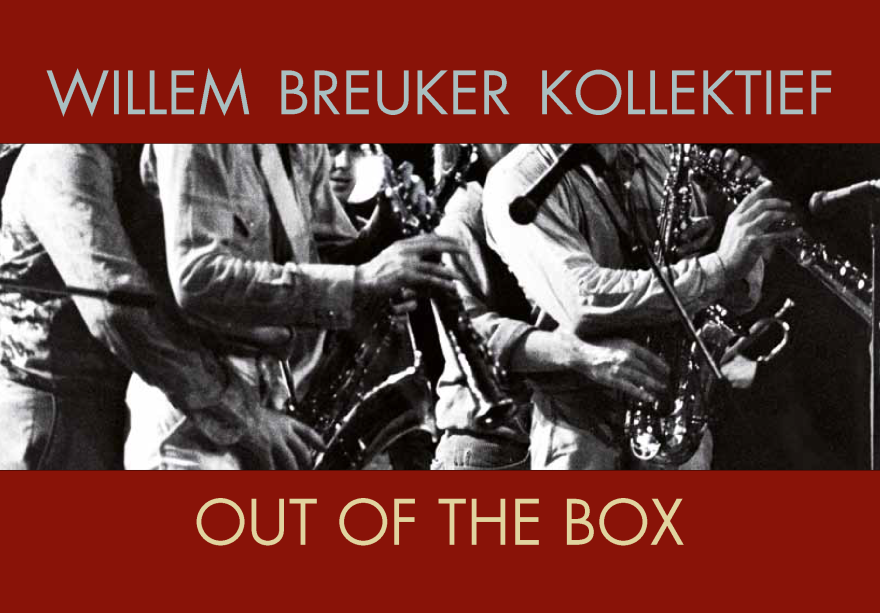 There will be a full update of imminent ICP shows and ICP-related new releases coming up in the next week or so, but until then, here’s an important bit of special news from our erstwhile colleagues at the Willem Breuker Kollektief.

As most of you probably know, ICP was begun by Han, Misha, and Willem Breuker in 1967, 50 years ago this year. Though Breuker had moved on by the mid-70s, his Willem Breuker Kollektief (WBK) spent the next four decades constructing an adventurous and innovative blend of jazz, free improvisation, theater/circus music and contemporary classical music.

Long-time WBK members Arjen Gorter and Bernard Hunnekink have now compiled an anthology of this vast body of work, remastered and released as OUT OF THE BOX, an 11-CD box set and 84-page book, which includes recordings that are no longer available elsewhere and/or appear here for the first time, such as the complete soundtrack for the film Faust, and the 2012 WBK farewell concert Happy End.

So: the official release is 1 March at the Bimhuis in Amsterdam, an evening featuring performances of WBK music by David Kweksilber, Paulien Post and Tomoko Mukaiyama….entry is gratis, and on this evening only the 11-CD box/book will be sold for €50 (incl. BTW)…after that the price will be €69 incl. postage for the Netherlands, available from Subterranean Distribution.

Hope to see you there!
Stay tuned for more ICP news soon!