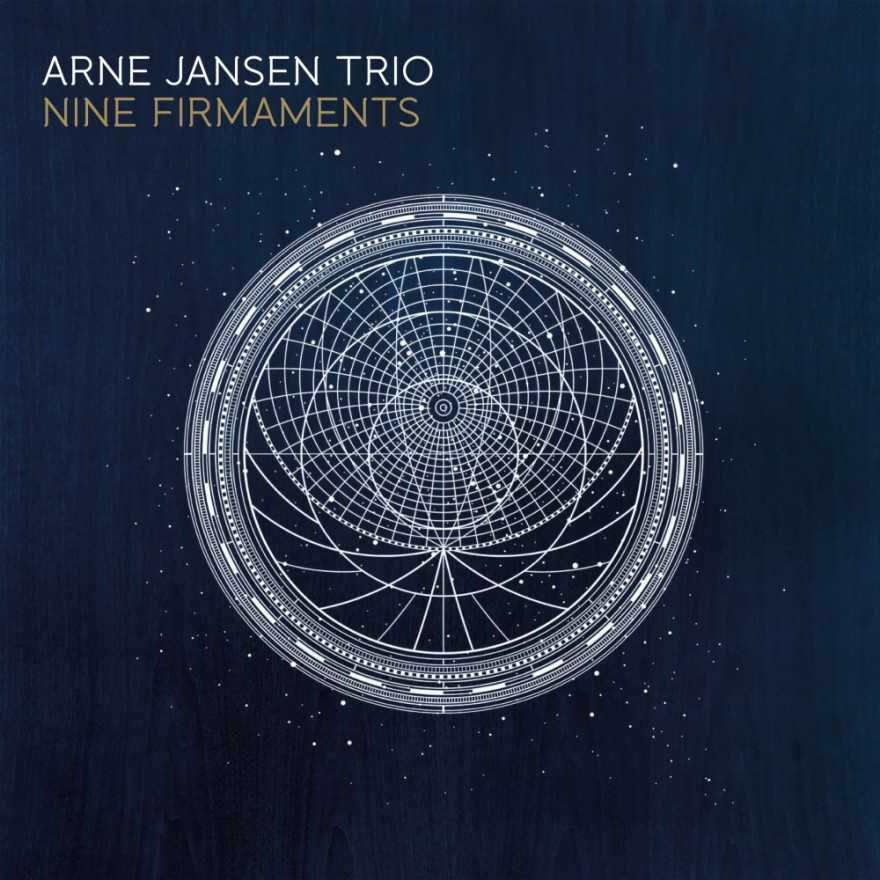 Arne Jansen, a well known Berlin based guitarist comes back with his 4th recording. After short flirt with ACT he is back in the label he started with. And with an equally delightful company. His former drummer , Eric Schaefer ( Demontage ,[em]) is present on this recording as well. Bassist Eva Kruse, Eric’ [em] counterpart had been replaced by the young bass-man and cellist Robert Lucaciu ,whom I had a pleasure to listen to playing in Eva Klesse‘s Quartet recently.

Jensen, a multi-rewarded guitarist in his native country Germany is recognised to be one of the best if not the best jazz guitarists the German stage ever got/ seen ?. Listening to this CD it is easy to see why it is like that. First what strikes you is the incredible transparency of his composition and the way it is executed. Connection inside the band is like a well oiled machine – everything goes forward smoothly with no need to ask questions. His guitar keeps floating over a solid rhythmic foundation from the first to the last note.

More of that even if he stays as a main story teller there all the time the presence of the others is equally straight forward. Schaefer’s drumming stays in a constant dialogue during this performance. So is the bass ,which not only holds the groove but interacts with a guitar tissue and adds to the gravity. The beauty of Jansen’s compositions is laying in the fact that they are equally demanding for every musician taking part of the act. You can’t just be there and play your part in the background. The structure comes out in the way that both the drummer and the bass-man are more like co-soloists all the time with the lines which Jansen composed for them than let’s say the rhythm section. It is difficult to articulate why it is like that, but it can easily be heard.

Opening Here we go strikes with a fast tempo but all recording contains hefty mix of both. Ballads like Deep Wood or It’s Always Night or Klingsors Last Summer are among the most beautiful compositions on this recording. This is where all partners have all the space given to shine. With a lot of space perfection of the articulation and the beauty of the timbers on the guitar and double bass are hypnotising. The enormity of shades coming out of Eric’s cymbals are truly amazing. So is the feeling of the unenforced stroke and the time given to notes to delay and fade into the background.

Arne’s style,if someone would like to analyse that instead of just purely enjoying it and immersing themselves into the sound, holds a lot of inspiration to be traced and it is great fun too to get into the puzzle. Echoes of Metheny‘s and inspiration of Scofield can obviously be heard, but mostly in the way he holds the story going , not the way he articulates. His long notes are coming with no tension and in my feeling it is a unique sense of time what makes him so special. The best to note it is to listen carefully to Between Two Moons, where Lucaciu’s elegant Arcos come as an extra treat for your ears.

Closing He Who Counts the Stars with the quest cello appearance by Stephan Braun is like a lovely lullaby where gentle guitar tin whistles are flying over beautifully lyrical and clean voice of the cello nicely anchored in a middle registers.

This recording is such a pleasure to listen to that I simply don’t want it to stop and come to the end and probably everyone will be about to feel the same. Come joy and stay forever.