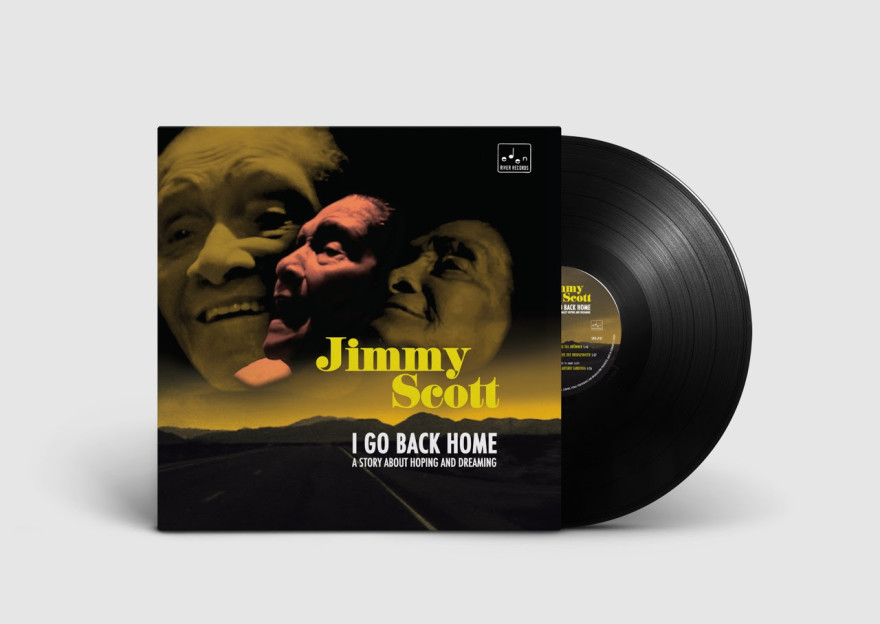 For a Die Hart Jimmy’s fans, like myself it is going to be something special. I discovered Jimmy pretty late , in the middle of 90’s but it was lifespan finding.I never stopped listening to him since and kept digging back to find more and more. The man possessing The Voice almost as sensual as female’s voices are. More of that ,with his deeply emotional interpretations, he had kind of female sensitivity coming with too. With unusual phrasing , meaning and full of silent notes between he became quickly a favourite of the female pantheon of the Be Bop era. A lot can be said about a Little Jimmy, as he had been nick named by Lionel Hampton, but it is not a place for. Those who will feel that hunger for more after listening to that start looking for more with no prompts. Those who already know they do understand.

This is Jimmy Scott’s very last album.
Accompanying this unique but sometime overlooked vocalist are a panoply of greats from the worlds of bossa, bebop, latin, jazz, fusion and afro Cuban music: 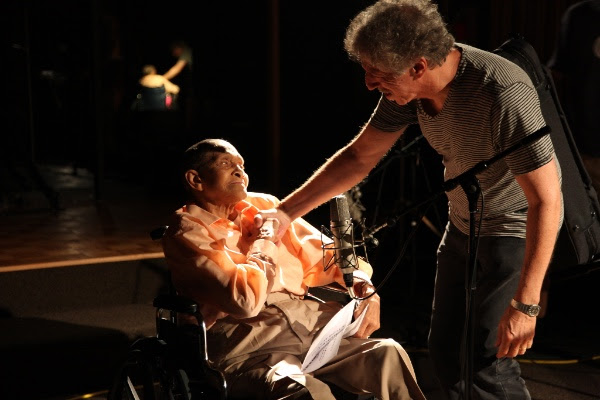 Jimmy Scott with Bob Mintzer (tenor sax on For Once In My Life), 2009

When Jimmy Scott died in 2014, dozens of musicians, hundreds of journalists and thousands of fans mourned the passing of a jazz legend. Not only had a link back to the era of Billie Holiday, Charlie Parker and Lionel Hampton been lost, but so had the chance to bring the fame and respect denied to him throughout his long and rich life.

Now, as if sent from some righteous deity, comes I Go Back Home, an album full of life recorded by Jimmy Scott years before his death. Created by German producer Ralf Kemper, Jimmy Scott and with mixes produced by Phil Ramone, no expense was spared in giving Scott the lushest musical backdrops possible, creating an album that, like Scott’s inimitable vocal style, comes late but but right on time.

Scott’s reputation was built on two albums, 1962’s Falling in Love is Wonderful and 1969’s The Source. Both vibrant tapestries of imaginative orchestration full of emotional tension and ecstatic release. Languid rhythms and rich instrumentation allowed Scott’s phrasing the support to expand and retreat as he wished.

I Go Back Home manages to replicate that using the finest arrangers writing for the most experienced players, mixed by the most intuitive engineers in the the best studios available. Scott revisited his favourite songs, into which he invested his lived experience, letting the listener feel the story known by far too few.

(Official Trailer) I go back home – Jimmy Scott
A documentary also titled I Go Back Home is currently premiering in the US and Europe:

Just as Aretha Franklin took ownership of Otis Redding’s Respect, Jimmy Scott takes (Sometimes I Feel Like a) Motherless Child and banishes all other interpretations from memory. Everybody’s Somebody’s Fool was Scott’s only charting song, a modest hit with Lionel Hampton and his Orchestra. Revisiting the song 50 years after he first recorded it, Scott’s interaction with James Moody’s saxophone makes the song poignant and powerful, it’s warning sounding like keenly-imparted wisdom rather than the fresh youthful heartbreak of the original. How Deep is the Ocean, a glacially-paced high point of Falling in Love Is Wonderful is sung against a breezy acoustic guitar and spinning strings, hinting at a musical direction Scott left unexplored.

I Go Back Home also showcases the work of many exceptionally talented collaborators, several of whom sadly died since contributing to the album. Bossa nova icon Oscar Castro-Neves and legendary saxophonist James Moody, long-time associate of Dizzy Gillespie, both give career-best performances months before their untimely deaths. Academy Award-winning actor Joe Pesci turns in a divine duet with Scott on The Nearness of You and The Folks Who Live on the Hill. Scott is ably backed on many songs by Weather Report drummer Peter Erskine, Stan Getz’s pianist Kenny Barron and the conversational style of organist and trumpet player Joey DeFrancesco. Barron gives an affecting solo in How Deep is the Ocean and DeFrancesco’s interplay with Scott on Motherless Child is haunting. Jazz icon Dee Dee Bridgewater provides sterling accompaniment to Scott on For Once in My Life.

As Jimmy explained in a 2010 interview: “A lot of people come in the business not knowing what to do or how to project. They don’t realise they’re telling a story. I say: ‘Did you study that story?’ Each musician has to project a sense of meaning. There’s a lot of music that gives you a sense of thinking and thought, but every musician’s not equipped to do that.”

The creation of I Go Back Home was the subject of an acclaimed documentary of the same name. It depicts producer Ralf Kemper’s drive to work with Jimmy and provide him with the best album he can. The film captures the challenges and sacrifices that lead up to the recording sessions, a document that makes I Go Back Home an even richer record.

Hounding Jimmy Scott through the most of his recording career was an oppressive recording contract that prevented him from releasing albums. It wasn’t until 1992 that Jimmy, aged 63, recorded the first album over which he had creative control, All The Way. Nominated for a Grammy and finally bringing him to the attention of an audience that wasn’t entirely comprised of jazz fans and a few lucky passers-by, Scott began touring and regularly releasing albums. It’s not until I Go Back Home that Scott was given the budget that allowed him unfettered control over song selection, personnel and orchestration.

As the album progresses, each song sees another musician or singer join Scott for a fresh interpretation of a beloved song. Long-time collaborators such as Kenny Barron and Joe Pesci, or new, such as actress and singer Reneè Olstead, trumpeter Till Brönner and harmonica player Gregoire Maret. All give Scott the room he needs to slide between phrases, telling his story and living out the world of each song.

Dave Nathan wrote on AllMusic that Scott’s phrasing moves “beyond mere poignancy and close to reverence”. This is truer than ever on I Go Back Home. Scott shifts from speak-singing in album-opener (Sometimes I Feel Like a) Motherless Child to lively bossa nova take on I Remember You to full-throated commitment on If I Ever Lost You.

Expertly interplaying with top tier collaborators I Go Back Home is ultimately a record of collaboration and companionship, and the sound of a singer going out on top. Scott commemorates his highest points, and spars with fresh new talent in a way that suggests that he would have had great albums in him yet. And while we can mourn the decades he didn’t record, the tragedies and injustices that never defeated him, I Go Back Home succeeds in capturing the essence of a life that was ultimately triumphant.