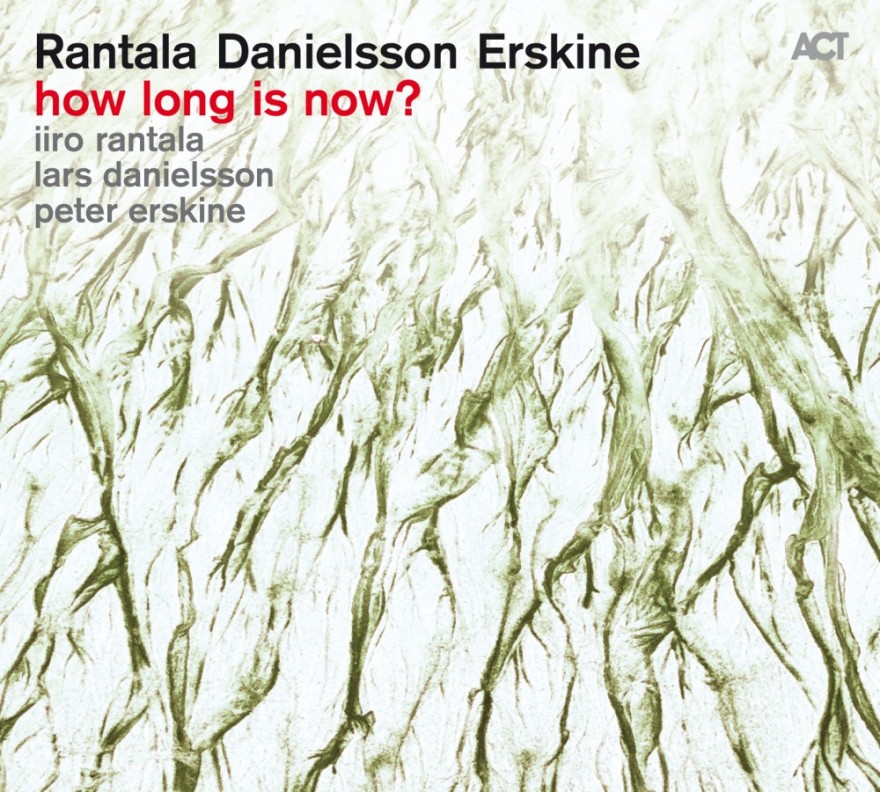 The last trio recording from Rantala departures far from his recent latest projects both solo piano – a tribute to Lennon’s music as well as an orchestral project “Tears for Esbjörn” in which he takes a stool at the front of the piano. With long time friends and musicians he knows well, he returns to the basic concept of a piano trio. A place he has been to many times. Here the principles are different however. The point is actually to depart from the obvious entrapment of playing with a jazz trio and create jazz or simple music as he says, full of beautiful melodies which are about to stay deep in the listeners memory and even being sung.

He is responsible for seven takes there and three others are coming from the his band mates. Another three are respectively from K.Barron, J.Hendrix and J.S.Bach. Quite an interesting choice. I actually like a lot of the complexity of the jazz piano trio so this declaration sounds pretty warming to me and despite of the wonderful company he appears with there with the reality tends to confirm.

An opening Barron’s Voyage is well known tune and here it is played with the simplicity keeping the obvious on a short lead. Erskine’s brushes are sounding wonderful there, as is Lars’ bass solo and they both managed to keep it sounding wonderful. But going after the title song is pretty trivial and boring and wonderful brushwork as well as bass lines do deserve a better place to be.

Snapchat, more dance goes to the territory of pop-ish lines married to Trenet’s like Le Mer song. It suppose to be melodic and bring joy but it doesn’t. Again my condolences are going to Peter and Lars.

Next one with quirky title Taksin by Night is Lars’ one. It is one of the best on this poor recording. Section works are wonderful and Iiro follows as well to a good standard. It’s underlined with the folk tune which complains Rumba rhythm driving it in a pleasant way, except Rantala’s culminations which are dragging it back into a village fair spot.

Hendrix’s Little Wing is a beautiful song. Original is slow and has lovely fingered blues scales and I like it a lot. Rantala slows it down even more and playing harmonic structures which are supposed to replace the guitar phrases there. It’s not a worse effort that I have heard in general, especially with wonderful Erskine’s percussive framework, but again stacking obvious chops of chords in the culminations kills the spirit of the song.

Trust, a slow starting waltz has a strange harmonic spine which leaves partners with no choice but to survive. All they can play is absolutely horrendous chord progressions and a boring rhythm. Following Assisi starts with nice burlesque chords on piano with a section to follow but it goes into a blind corner before the chorus even comes in and later on it is only worse.

Bach’s Kyrie is wonderful piece of music. Ironically so well recorded by Rantala so many times in the past that it makes this try a poor attempt. But it is again not Rantala’s own music which is trying to help this project out. I was waiting with hope for Erskine’s one to see if gets any better. In fact it does. I like a pace in this piece and the tension of the piano notes surrounded by drummer’s rhythmic structure secured with Lars’ sturdy notes. Even melodic motive flying over in chorus and somehow catching back with Bach’s polyphony closes a tune nicely.

Energetic A Nut which follows has a nice drive, but why is it simplified to the level of a nursery rhyme I can’t understand. Next Bruno is even worse. I save a space. Topi, could be even nicely driving if it again didn’t have this laconic cadences.

To be honest ,despite of trying hard I couldn’t stand these last three pieces. Danielsson’s Choral outro came to the rescue again. It is a beautiful hymn with a catching melody. Well written and executed. I never was disappointed with any note Lars wrote.