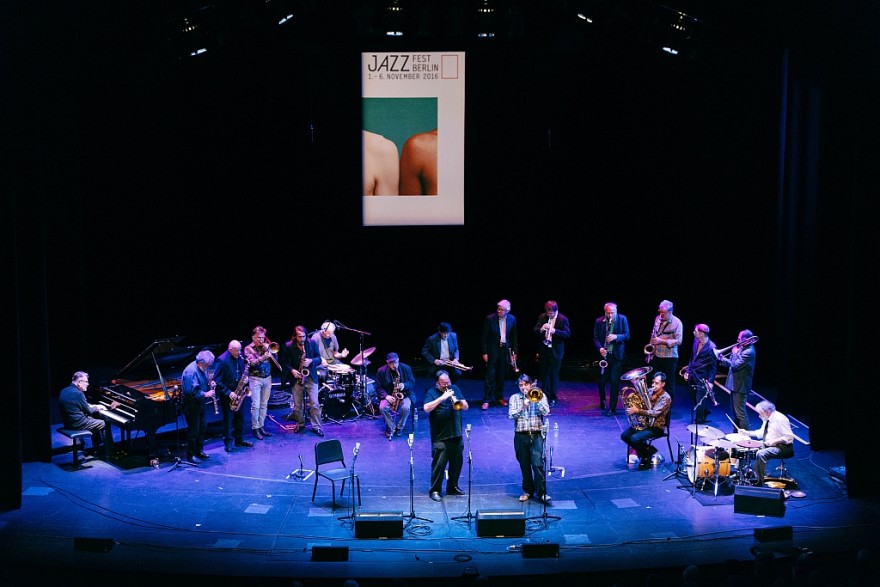 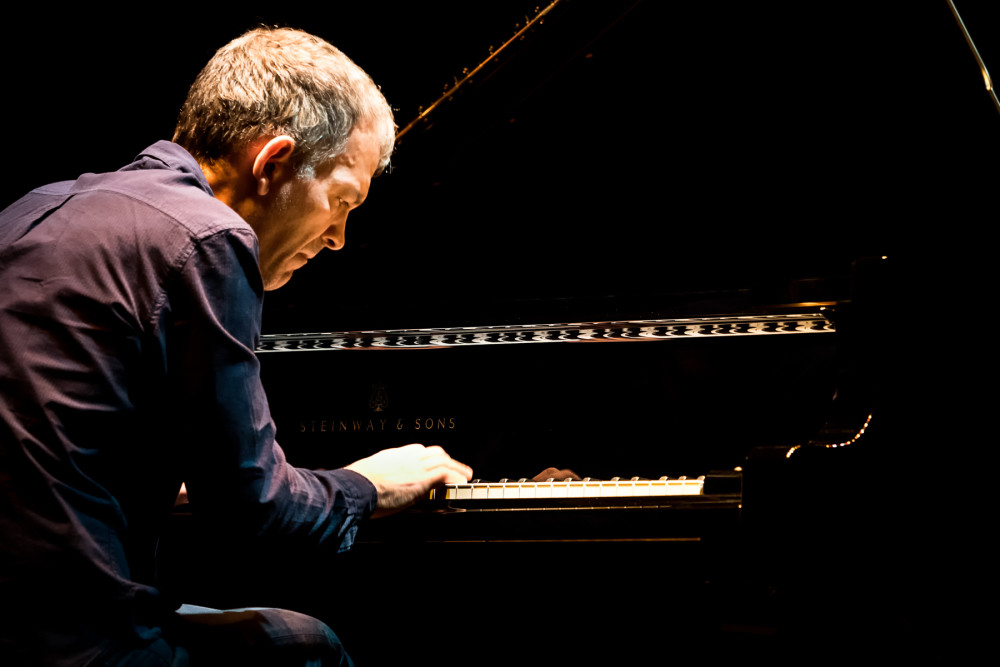 When I heard this program for the very first time on the record I wasn’t that sure about it. Hearing it on stage only confirmed my initial feelings. I love and admire Mehldau’s work, pretty much everything he recorded. I liked the way Redman was at the beginning of his carrier but I can’t catch up with what he is doing now. Again this is a festival and it should have something for everyone to enjoy and it does. So this is all right.

To me the best moments on that set are when Brad plays solo. Every time Josh joins it falls apart to me and I can’t help feeling that, sorry! Brad’s lovely bluesy, deeply spiritual phrases are touching my soul straight on. Josh’s over sweeten notes just don’t fit. They sound pretty trivial next to Brad’s output. They are two different energies which simply don’t go together for me. I know their previous work, in different squads and it worked fine there. More or less. Here, it doesn’t.

If I was the one to make that duo to happen I would choose James Carter instead for his more deep and spiritual voice, which would match Brad’s own even more. If age would be a baseline for that decision. If not, I would dream to hear Arthur Blythe playing that. With his deep feeling of Blues, with his sense of time and improvising inside reduced bluesy scales. That would be a dream duo for me.

But it is as it is and I am sure that there is another half of the audience which deeply enjoyed that judging by the applause and an enthusiastic encore. I am glad for them. That’s it.

The Climax According to an Amazing 18 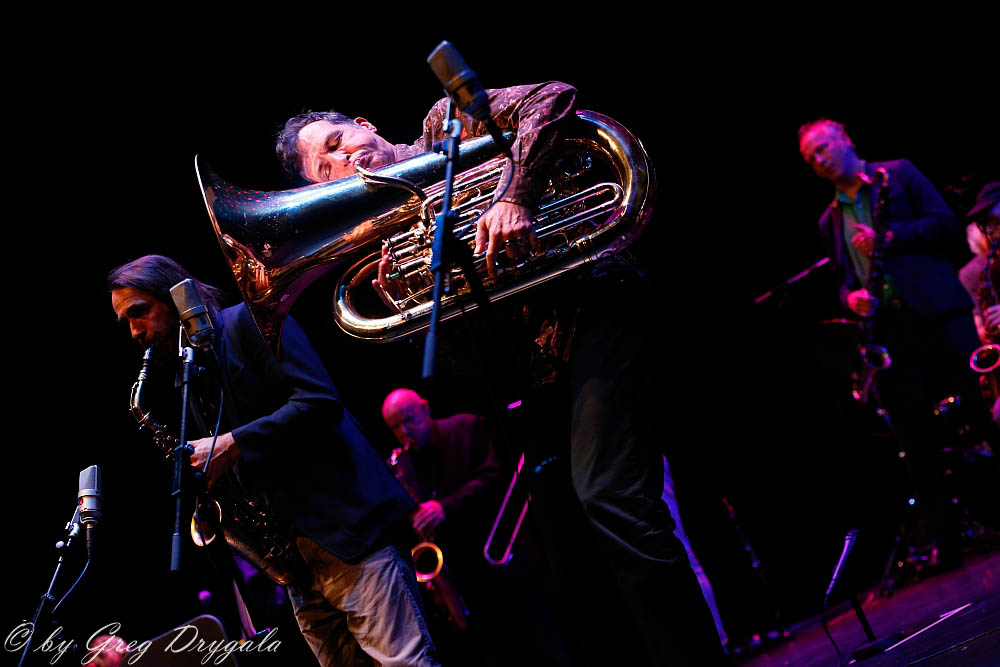 This was a highlight of the day to me and not just for me I can tell you that. The hype was high, but GUO never let us down. It is hard to believe that it is already 50 years passed since they started playing together. I grew up on that music. It helped make me who I am now. Many of my older and younger friends did too. GUO was not just an improvising big band project. It was more than that. It was and still is the movement which became a hatchery for the most incredible music talents that we have seen recently. Many who incubated there then developed to become later the avant-garde of European free Jazz and some of the most important figures in contemporary music today. 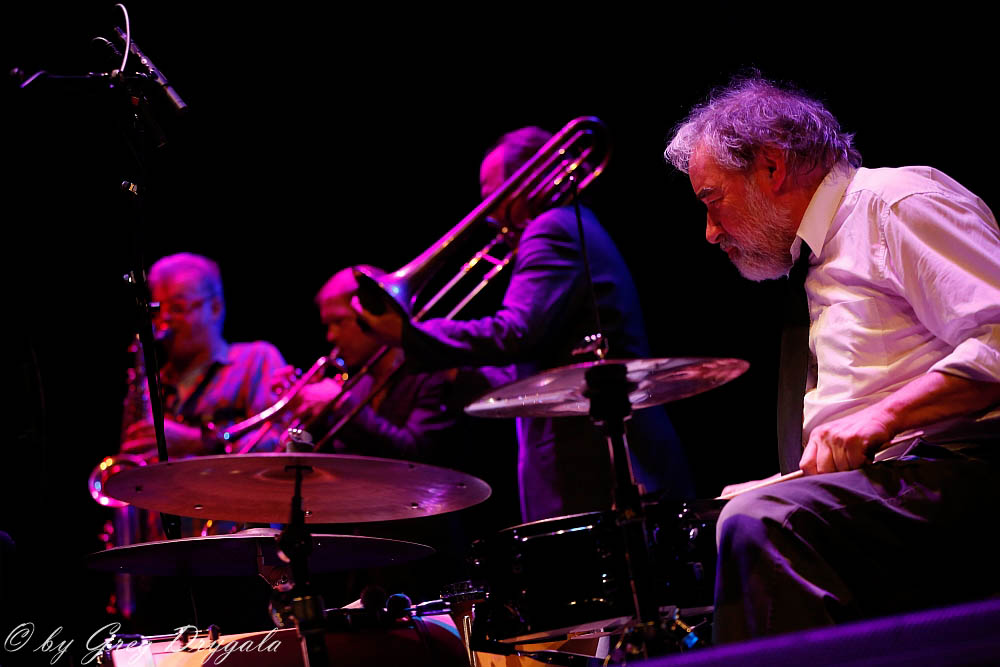 I am pleased to say that it goes on! The program they presented as one might expect was all improvised and as always full of the brass glitter, witty sense of humour and infused with the joy of collaborative music-making. As well as Alexander von Schlippenbach there were two more original members of GUO on the stage: trumpeter Manfred Schoof and saxophonist Gerd Dudek. With them and many others we have seen it shows that time has aged their bodies a little, but not their spirit. They are still going strong and mighty and are capable to blow the audience out of their chairs. It was joy for the heart to see and hear them together again and a real blessing. Kudos to the festival for showing respect to this 50th Anniversary celebration concert. 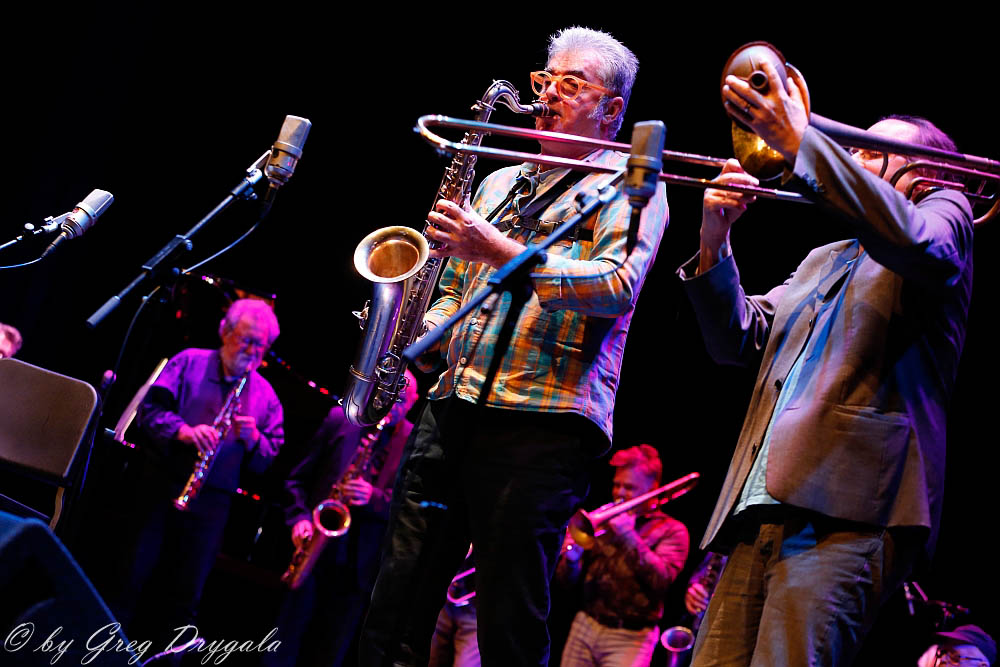 Saying it was mind-blowing would be trivial. It touched me deeply and actually made me cry and I was full of joy listening to this set and filled joy that I could be there. Touching base with others present in the lobby afterwards. All the talking, memories, hugs and wishes among the friends were priceless. It bought back to me memories of all those years I spend in Berlin. All the music I heard there. Friends I met there and still have. It was deeply spiritual an magical moment to many of us present there. One of those things you will remember till the end of your days. What more can I add ? Not a lot really.

The Power of Dreams 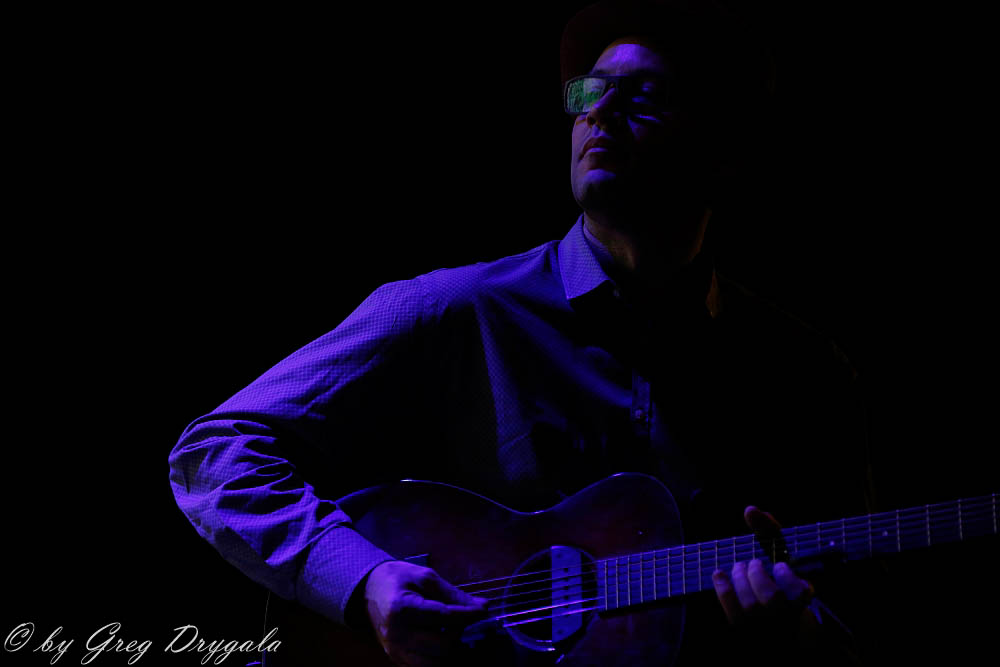 Myra’s latest project entitled “Language of Dreams” is a suite of pieces inspired by the writing of the Uruguayan essayist, journalist and novelist Eduardo Galeano. In particular for his monumental three volume history of the Americas called “Memoria de Fuego” (Memory of Fire). With her SE Quintet and video artist David Szlasa who supplied the graphic background for projection the work has been completed.

As an author and his life’s work wasn’t known to me so this came as a challenge. The program was presented with no breaks as one long and intense piece. Particular parts could easily be distinguished however as an art design whilst the emotional capacity of the music varied.
Myra’s language always possesses some kind of a figurative feeling which I can sense in her music. It is a strange presentation to me due to it’s structural core which doesn’t come on par with my more floating and improvising self. Maybe that’s why I am finding it so startling at times. Anyway this project is pretty different and it stands out from her more usual approach. 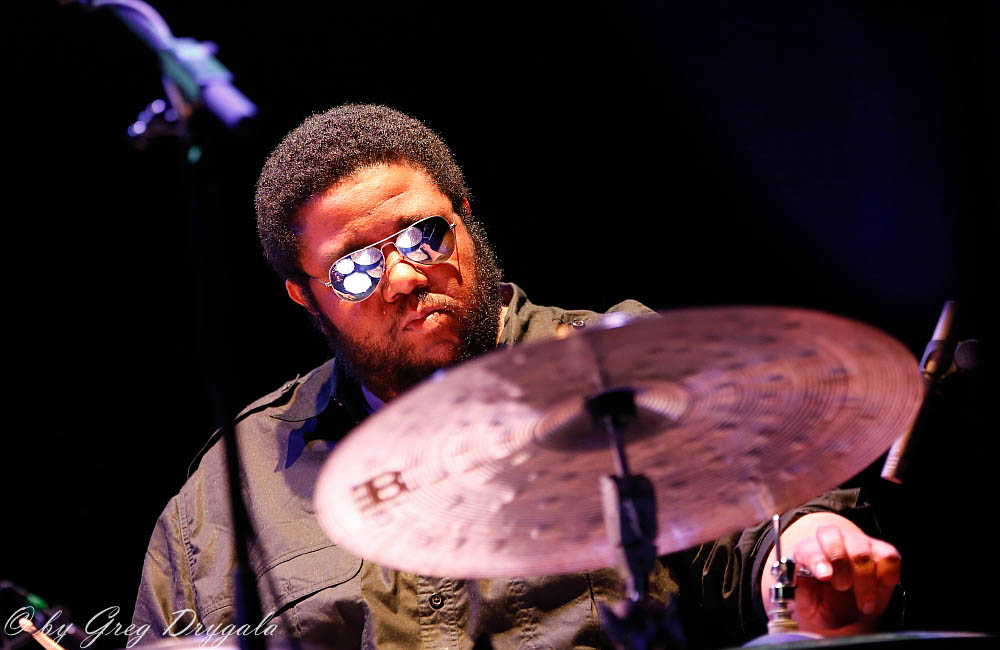 As one can imagine whilst watching the repetitive collage of graphics on the screen she drags us through an entire history of the conquest following the book chapters. Repetitive patterns in the music strongly support those not pleasant images and give rise to dark feelings. The musical picture of the genocide which happened there is both striking and dramatic. Brings more sense of the disaster than the triumph. Feelings more like Glass’ Koyaniquatsi did in the past and we are just about starting to experience that as it happens now than an prosaic image of reality. Here her strong musical structuralism almost builds a cage around you. Imprisons you as you listen and the palpable feelings are both powerful and realistic. 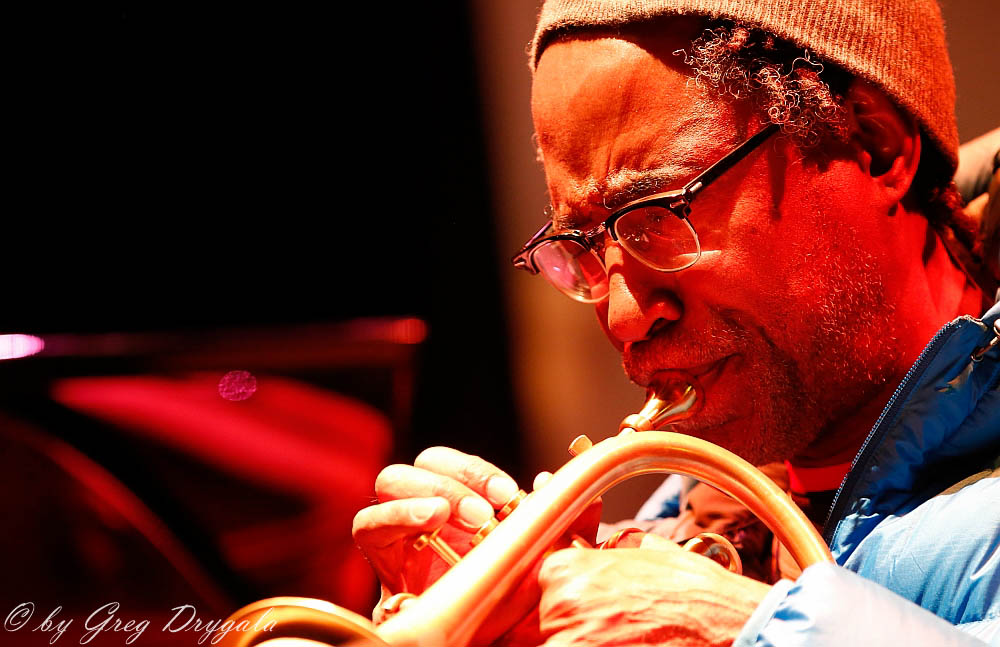 What we got here is a powerful message. A history of the Americas that not all might like. No bullshit, but a strong painful core that makes you feel more ashamed for what we did than what we are proud of. The painful truth. And this almost sadistic honesty does appeal to me. It scares but it makes me want to read it. To learn what happened. To understand. And maybe prevent it to not ever happen again. 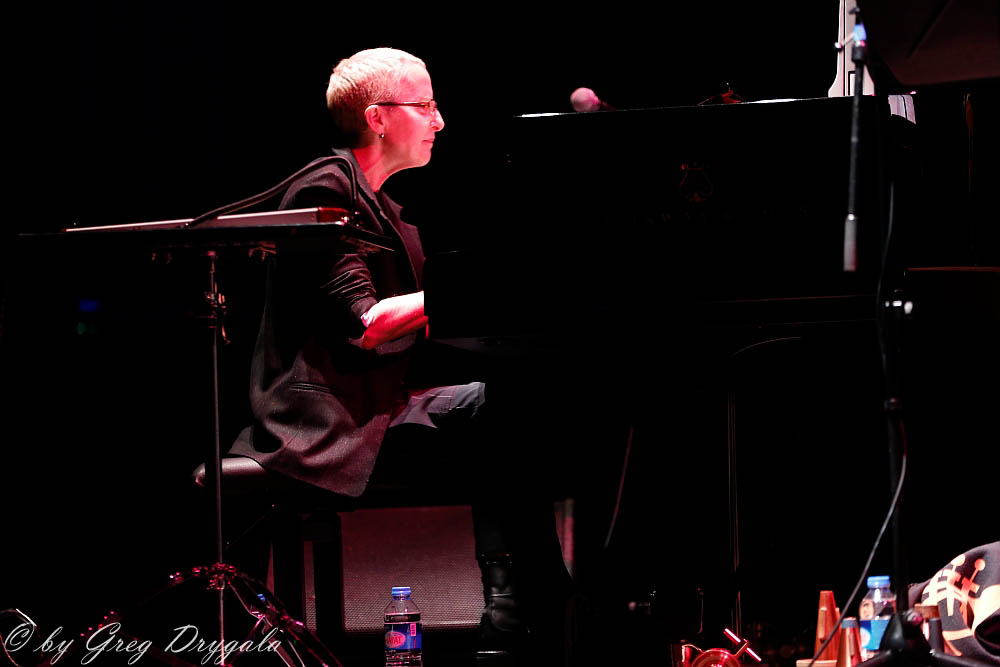 This is a very important work in Myra’s artistic portfolio showing not just her composer’s ability, creativity and craftsmanship but also deeply human sensitivity to the tragedy she sensed from that inspiration. In fact it has shown even more. Yes, female sensitivity with her natural gift of compassion and positive energy which creates rather than destroys. I don’t think that a male could say this story the same way. But to get that I need to get a book and read it. And it was her music what made me want to. Very intense and energy-draining act with the standing ovations well deserved. I am glad I could feel it. 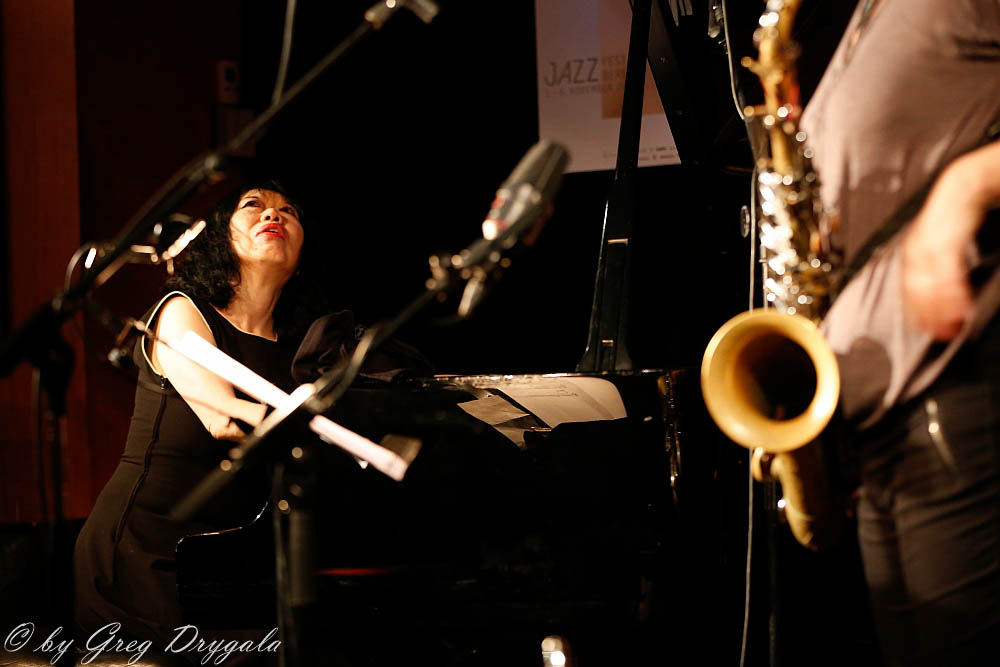 This dialogue made perfect sense to me from the beginning. Knowing both players I can say one thing: they are both fighters. That was a guarantee that something interesting was going to happen. Aki, she is a one off! A Samurai of the piano. She knows her weapon big time, presenting a Master class. Ingrid on the other hand is not the one who steps back. Therefore there was something in the air when I attended the sound check. Immediately it was another world. On that plot both ladies were really talking. Two strong voices from different generations and cultural backgrounds, but both well familiar with improvisation and very well-prepared. 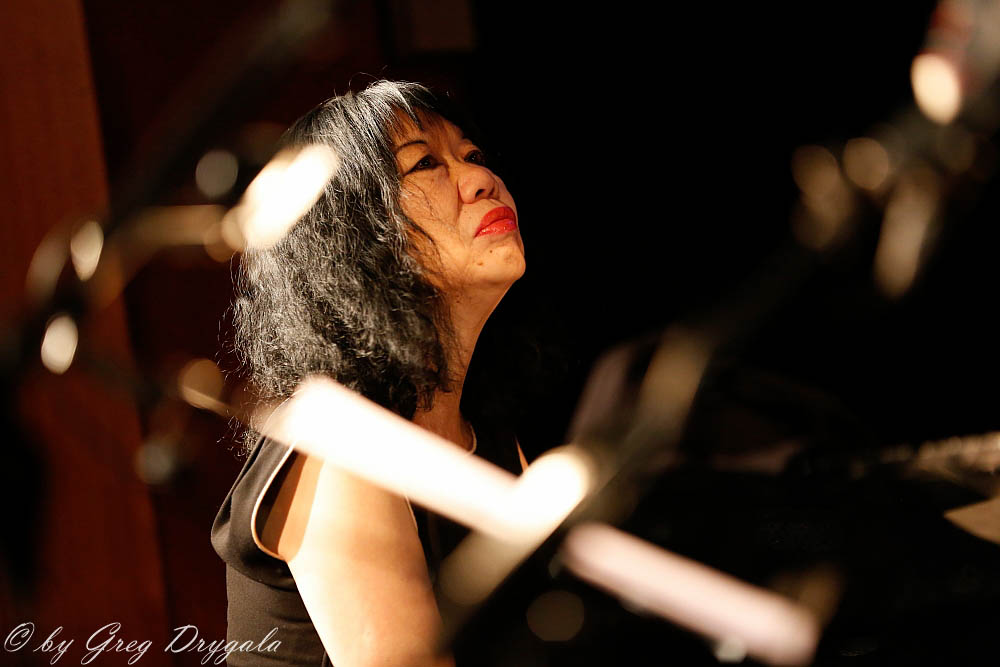 I believe it was probably the most intense set today as they both are strong personalities and can hold on to the lead. Here is no fight, but there’s a mature conversation in two different styles. When Ingrid was powerful in her approach with a blow which would suit a male player enough Aki kept up with answers which were more conceptual, more figurative. She is a Wizard, so she can spell the blues into the phrase in the way you won’t even notice unless she wants you to and makes it revealed for your ears.

I didn’t hear the whole program but I liked what I heard a lot. I admire Aki, so I am always going for her even if that would be just a single piece. Every note she plays is a gem. She is a moody one too. So you might face surprise pretty often, but man, when she plays like she did that night there is no way out. I was very interesting to see Ingrid’s output too. As I said before I lost a track of her since she got married to Tom Rainey and moved to the States. Her language is more mature now. Tone has the same power, but with her thrills there is now more melody. Or maybe it only was that in this program. That much I don’t know but I liked what they did together that night. It was exactly what a dialogue is supposed to be. 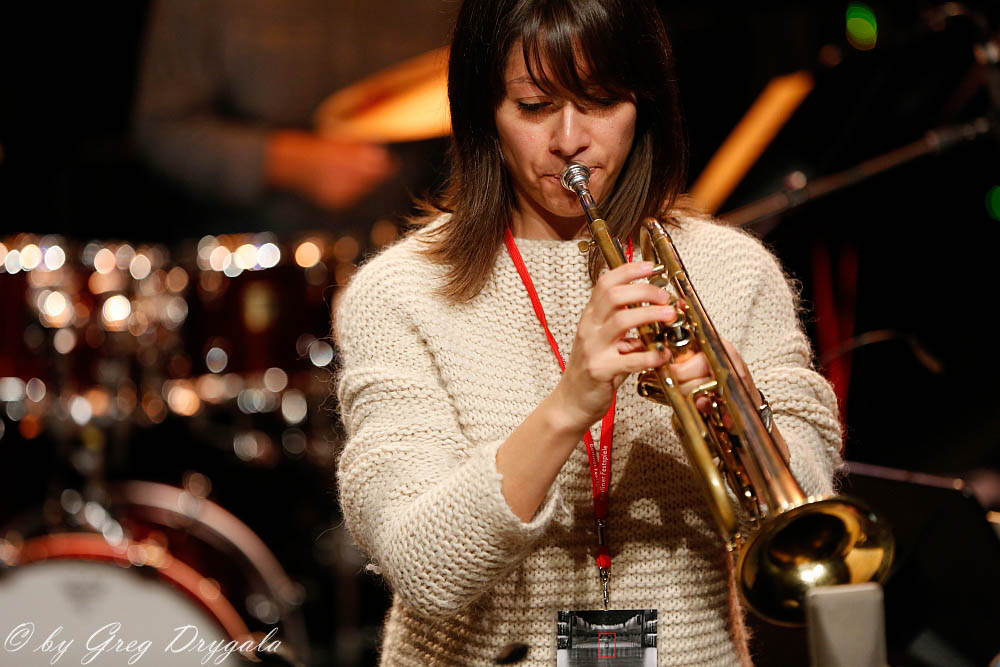 To see Aki I had to drop that one, so I only attended the sound-check again. It is no regret to me as they are Brits, so I can easy catch their sets here in the UK. Music they rehearsed was quite interesting actually. Full of ethnic influences from Arabic and Safardi folks nicely blended with an electronic driven rhythm section, additionally supported by vibraphone. Yazz, the young leader played nice long and beautifully articulated notes on both trumpet and flugelhorn. I liked especially the unison played parts with a bass clarinet which nicely extended the range that winds provide in in that band. This is as much as I can say after such a short contact with their music. But I liked that I must say so I will be looking forward to listen to this program in the near future.