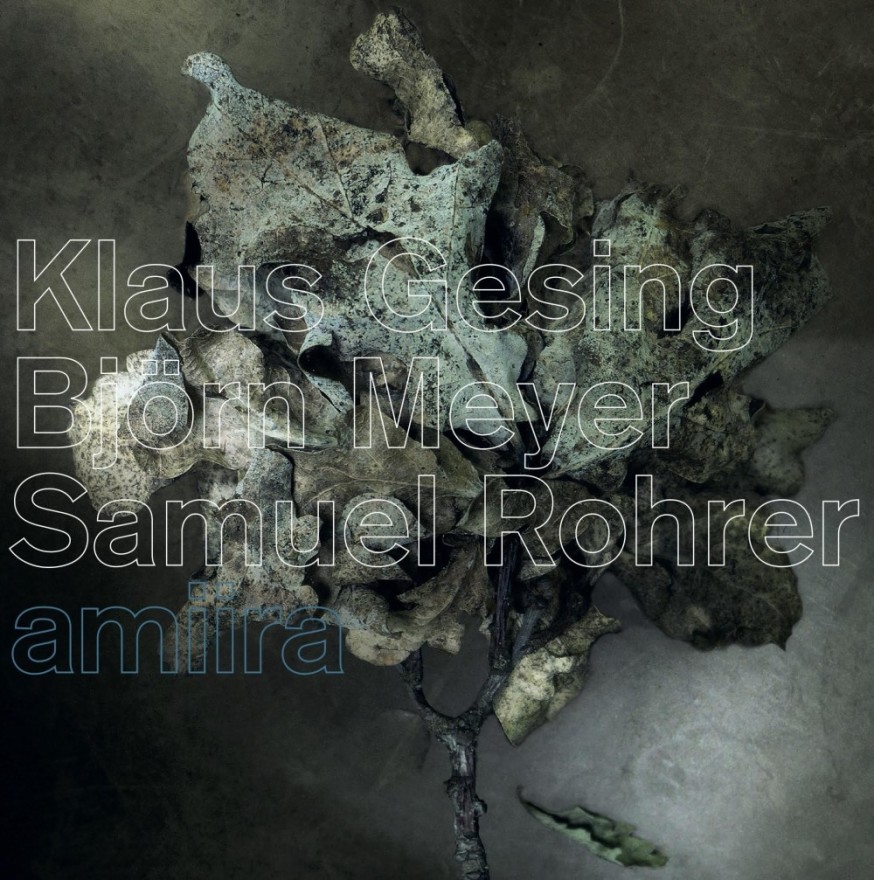 When I heard amiira recording for the very first time it immediately stroke me. Swiss drummer Samuel Rohrer, was the only musician there I didn’t know much about. Later I found that he is also a label creator and owner.

Quick research back however did proof me wrong as I actually not only heard him before but even own two sessions with him being playing on. One is from one of my favourite young reed players in Germany, Daniel Erdmann – Sleeping with the Enemy. Another from his co-patriot pianist Colin Vallon – Vailleurs.

Klaus Gesing needs no introduction. He is a main pillar of Anouar Brahem groups as well as a member of long time around international trio featuring Brithish singer Norma Winstone and an Italian pianist Glauco Venier. Bassists Björn Meyer is a driving force behind Bartssch’s Ronin , next to the leader. He also appeared on Brahem’s previous recording Astonishing Eyes of Rita. It might be a long introduction but it makes a perfect sense. It shows the paths and helps to imagine what one can expect from this project. To some extend obviously.

Surprise came with the first notes of the opening Shine on Me which actually made me thinking that Tuxedomoon re-united again. Sonic landscape they build there instantly bought back Steven Brown’s and Blaine L. Reininger’s collaboration. Fulminate, two tracks after stays in the same Creamboy alike aesthetics to give another example. Minne, between two above, on contrary is closest to the nostalgic mood present in Brahem’s recordings. Lament of Gesing’s sax or bass clarinet gentle steps are unmistakeably recognisable hallmarks here.

It is easy to guess why this recordings did touch me so deeply. I grown on Blurt,, Zazzou, Szemzo , Tuxedomoon, Laurie Anderson or Lounge Lizards , to name just a few. To fall in love with jazz soon. This music harvests from the same fields. Bringing the same feeling of the open space. Thoughts are travelling solo or involved in to an intimate conversations. All speaks to you equally. The notes and the silence between them. Who knows if silence doesn’t even shout louder ?

This is a phenomenal intellectual tissue weaved by a sensitive craftsmen and spiritual artists. Connexion is a key here and tracking it is the greatest pleasure to me when I am listening to this music. The textures’ complexity builds on that. Listen to the piece like Retraction for example. An interactions between the drummer and sampled guitar is like a song with no words. It tells the story and ends without warning in the most unexpected moment. Take another one , Clouds Below. Again build on an credibly fragile drumming structure on which soprano’s gentle song steps like a child in a dream. Hollow bass clarinet notes build a strong gravity into this cobweb like silky balance. Samples are used in an incredibly elegant an instrumental way. They are adding shades into the lines already sketched, without breaking them or engaging rhythm unnecessary.

Repetitive patterns like in Sirènes Sacrées mix create a tension in the way so gentle that it makes you feel like you are flying with your eyes wide closed. An increase of the pressure when you are trying to take a breath in is the only indication. Other way you move your hands around and there is nothing there but an open air. What We Leave takes us out through the same trusty paths we have been already led by. With the beauty of the melody always present in it is almost like a hymn sung by sirens voices waving good bye. Sad. No ones want to leave. I certainly don’t.

In one world this recording is a basket of treasures. Like a precious collection of Breuget watches. One can watch them all they long and time just passes by imperceptibly. But it leaving you feeling good.