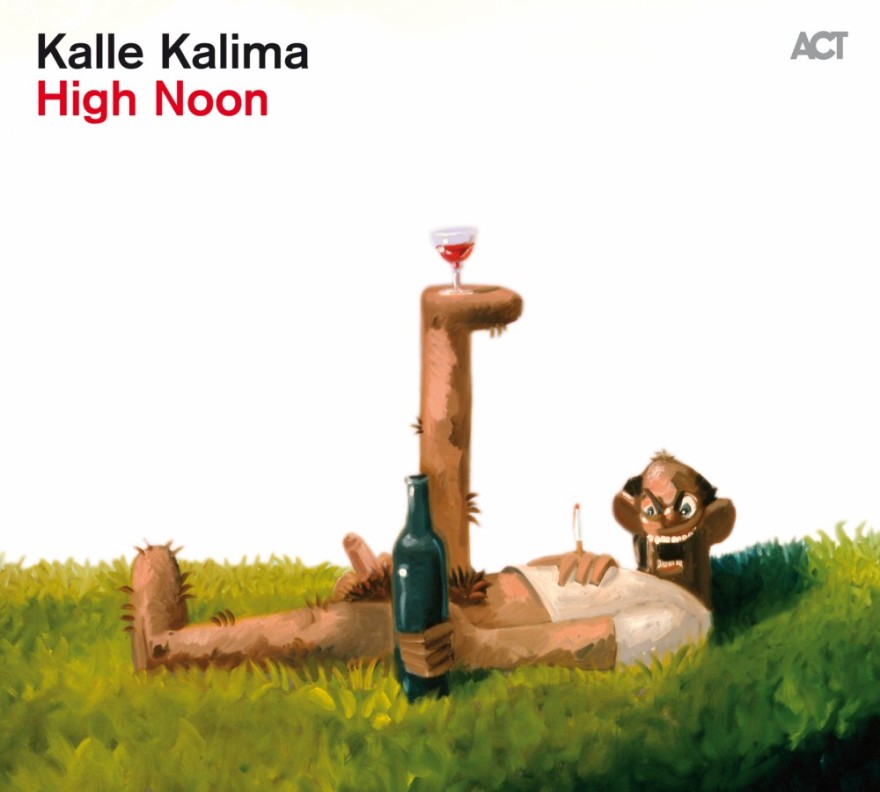 This recording goes away from Jazz quite far but good music doesn’t have to be pure Jazz. I went through those tracks many times as I know the musicians playing in the rhythmic section very well. No experience with Kalima himself, so here I am entering an unexplored territory. Sort of. Lets start with a colloquial manifest that I don’t like Country at all. The only true Country like recordings I heard firmed by a jazz musician  is Bill Frisell‘s Nashville. That I can not only stand but also enjoy. Intrigued?

Greg Cohen made so many freaky departures with multiple Zorn‘s squats that he can truly be called The Mighty Veteran. Despite the fact he is not that old yet. I am madly in love with his music! Max Andrzejewski on the contrary is a new spirit to me and I reviewed here his Traumton recordings. These ones again I admire and value highly for their devilishly challenging sense of humour on pair with his technical virtuosity. Kalima, being a guitarist automatically had been compared to Frisell in a project like this. Not only he survived but also hold his own. Those three musicians found an absolute perfection in the way they communicate. And there are few reasons for this I believe.

First of all is that despite the fact they did choose western tunes it didn’t determinate the way they interpreted them. Far from a cowboy’s ethos, they remind me more of the urban knights. Somehow they found the way to compare the loneliness of the human being today which compares to the riders of the vast barren prairies which they had been faced with .

The second they stuck to the feeling of vastness of the open space and kept it prevented and not losing this in their tracks. In a piece  like Ghost Riders in The Sky, a typical western soundtrack they kept the drive and energy. But they did drop the ideology. I can listen to this music now and watch different pictures in the background without a single wrong feeling.

Kalima learned a lot from Frisell. One can hear this over and over on the following High Noon or El Paso, but also from Marc Ribot. Look at the piece entitled Lannen Lokari with a marching snare intro teamed with guitar chords. We are getting there music which is sounding more like Russian folk tune played on a Balalaika rather than on a guitar. Leonard Cohen’s Hallelujah carries completely new meaning in this environment. Here it gets the Appalachian treatment it never before had to match the boundaries.

Except this tune by Salomaa and one other from Jean Sibelius all the others came from the Country and Western stables. Handled by the musician like those three, they are flirting with everything from jazz and blues or scratched rubato riffs to the classical music. Occasionally as well in intentional interludes they go down to silly village country rides. Just to show that whatever happens in front of your ears stays in the required territory. Most importantly however is the journey as it sounds. The charm of holding this dialogue is enchanting , captivating and entertaining.

This is why now,if you would believe it, I do have TWO whole country records in my collection 😉 .