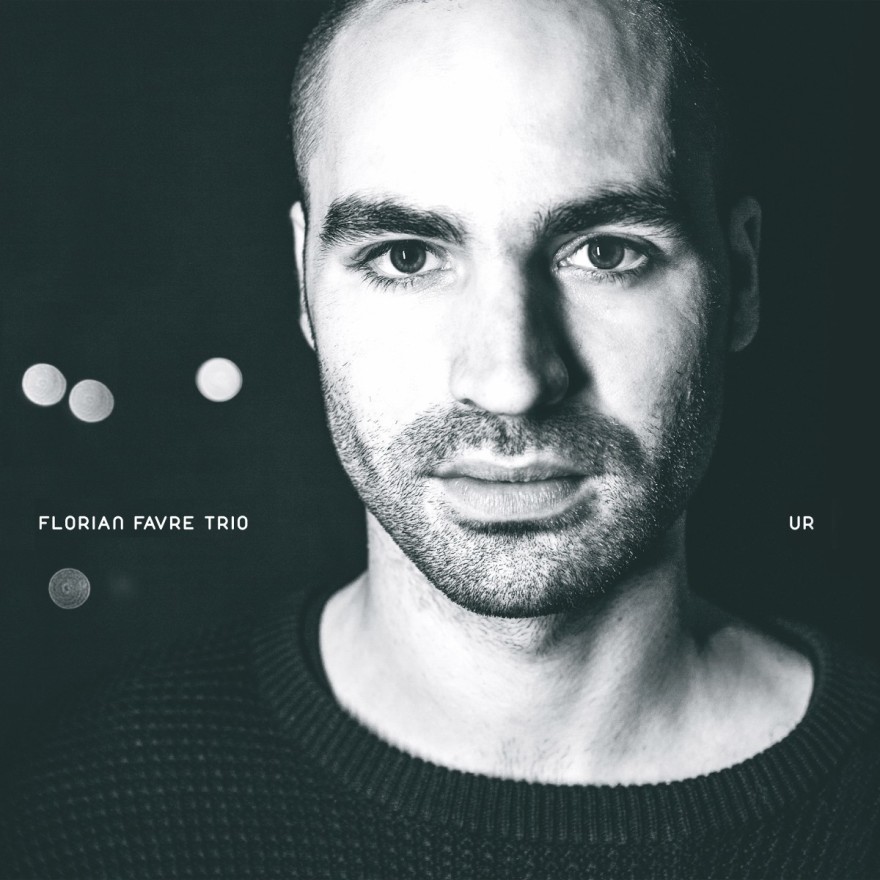 It is a real blossom of the new talents in Switzerland I must admit. After an excellent début of Fabienne Ambühl with her trio now we got another Ace here: Florian Favre . This is one of this recording which really knocked me out and gave a lot of pleasure when I tried to follow some paths and inspirations which made that personality.

It was pure eruption of clean energy from the first opening clusters of the tittle piece Ur played on prepared piano. Surprisingly the power of the music was not coming from cannon like shot, but from the emotional congestion hidden between the notes.

The hymn Mister Taylor is a pretty melody which blends romantic walking of the right hand with repetitive rhythm reminding me of the famous Sting hit. Very nicely adopted indeed. Coming after Indie is a funky and sparkling bit. It reflects leader’s fascination in The Bad Plus leader Ethan Iverson‘s pianism. Bass lines are sounding pretty close to Reid Anderson‘s ones too. This is fast and furious. Despite an inspiration not easy piece and one need to posses virtuosity itself to handle it right as they did.  Million Miles Away takes us back to an opening feeling with prepared piano Intro. Keeps the same hold on, lurking rhythm , following piano’s counter pointed lead with a bit of shyly feeling , giving a piece an unusual tension.

Florian’s melody building brings me back the memory of early Blad Meldauh. It is fascinating to see how nicely he developed his own language from more and less recent classics. Listening to his Cobble Hill makes me simply happy. Finally I can hear that there is someone around who took over what had been left by Esbjorn Svensson.  Thus  his achievement is now leaking to the modern piano language in the natural evolute way. Not just by being quoted or repeated. It took some time. Then comes Hyperactive Nocturne , jolly great and humorous track with constantly changing tempos. Twisted chorales there are making it incredibly powerful. This is absolutely congenial composition and to me the best track on the recording. I can listen to this endlessly and never get bored.

Additionally absolutely exquisite drumming of Arthur Hnatek frames it all in unmatched way. He is the solid pillar of another piano trio: Tigran Hamasyan one. That one I had a pleasure to see on the stage and I have to say that piano trio idiom fits his abilities. Bass man Manu Hagmann is a new face to me but I will keep my eye on him as his section work in this trio is nothing short than marvellous.

Oh Lord ! Should I say after closing tittle? It is only bloody February here and I already have my piano record of the year in my hands !