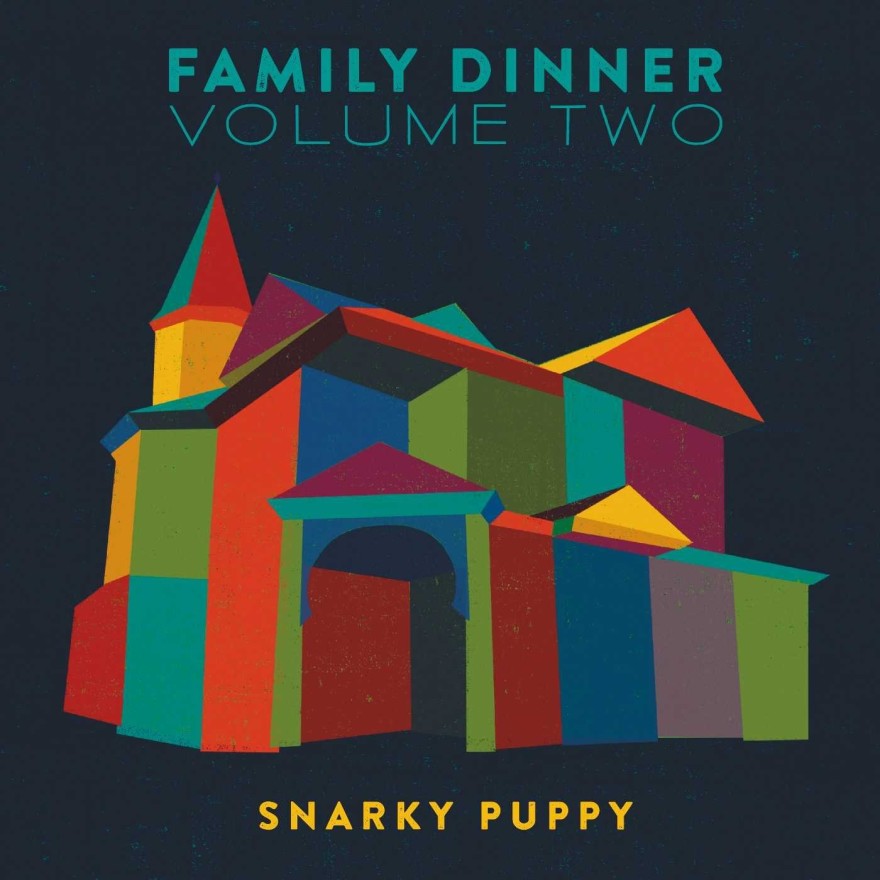 Nothing works better than the surprise especially in a show business That’s probably why on their latest 10th album the band came with the project like that. Following their leader’s , Micheal League, confession “…it expresses band’s desire to work with vocalist/composers whom they greatly admire”. Choice of the guest vocalist is quite vast and covers different genres. From Gospel , Soul ,Folk to Jazz and even Pop, which can be equally enjoyable if only served well.

Opening bit, I Asked featuring Becca Stevens starts with stylish Appalachian scent like intro. With the gentle touch of folk and soul accompaniment it blends with slightly pop-ish arrangement in the vocal parts. But piece holds on to its folk core in choruses. Instrumental part of the tune is more rooted in jazz tradition and I am pretty sure that is partially improvised.

Argentinian singer’s Susan Baca appearance changes the mood into more Ethnic-funk structure with strong Latin American / African rhythmic accents. Additionally Charlie Hunter‘s guitar, which is unique on his own rights makes a special signature too. Hunter , just like Mark Ribot posses his own very distinguish technique. Molino Molero is one of the best on that LP to my ears.

Coming after Liquid Love with lead vocal of Chris Turner is a classic fusion with call and response which defined 70’ties soul from which Prince learn such a great lot.

Afriki, with Malian singer Salif Keita , as expected takes as to central African sonic universe. Lead vocal and female choir make vocal lines, supported by Brazilian percussionist Bernado Aguiar and his colleague Carlos Malta, flautist. All this merge of different folk traditions comes together really nice. Due to general competence of the band which is actually well familiar with that sort of music. As musicians often appears as a session players with Erika Badu alike artist to give just one example. For this reason there is no surprise that Birmingham’s Gold , singer Laura Mvula fits the bill perfectly with her deep and silky smooth in the same time voice.  Duet with Canadian vocalist Michelle Willis is fulfilling tissue with her fruity girlish timbre comes really tasty and charming.

Literally each collaboration making this blend comes to its own rights. It really establishes some organic qualities deeply rooted in artists origins. Family dinner title then makes great sense as this recording is like a fest with kitchen full of different ingredients. Therefore it is up to chefs to create unbelievable testy dishes for listener’s enjoyment.

All this project speaks quality as should be expected from the line up like that. Musicians with such a vast experience and interests. Listening to this is a great pleasure and results in multiple discoveries. Once you are digging to dipper layers and getting familiar with material you starting to discover more and more stubble flavours drifting in the air. I am doing it almost a month and I still do so.