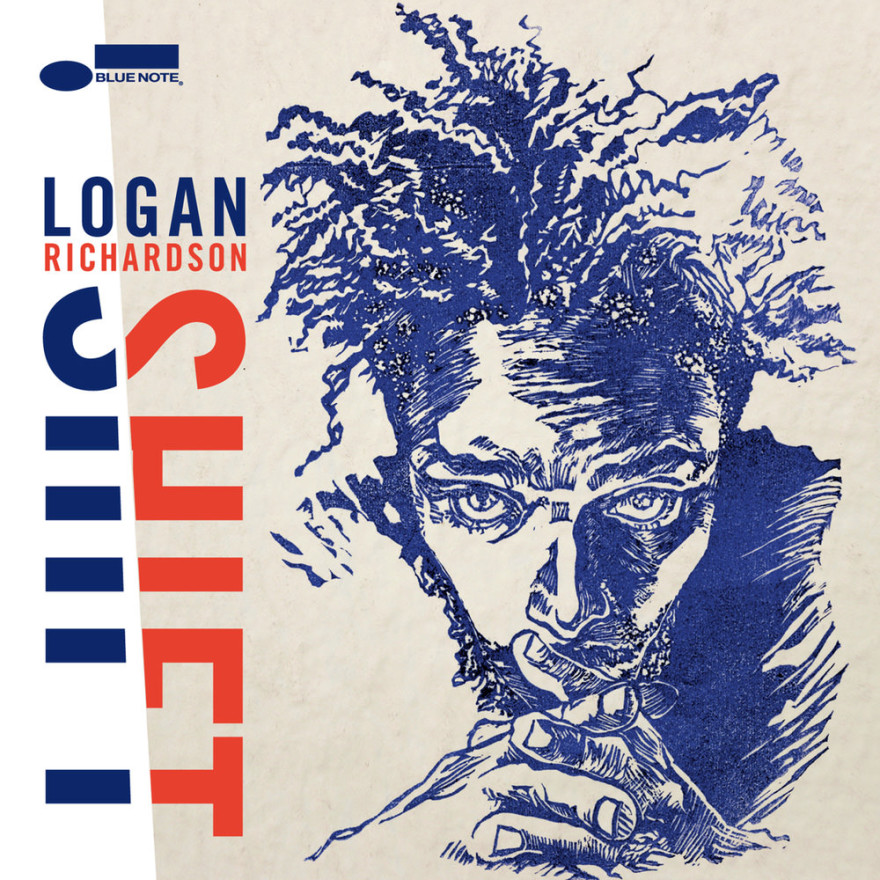 So, here is a deal. I got the record which suppose to be 3rd for the leader saxophonist and in the same time his début for the prestigious Blue Note label. Never heard previous two or an artist either , so it is a proper first contact and first impression situation. That is what I like about it.

On the contrary his band has a well known line up of matured and established musicians. Pianist Jason Moran with his colleague Nasheet Waits – his Bandwagon‘s second pillar. Indian bass virtuoso Harish Raghavan whose elegant notes framing recordings of  Kurt Elling , Vijay Iyer or Eric Harland’s alike on regular basis. And Pat Metheny, a big name and musician who dominated guitar trio universe during 70-ties to 80-ties decades. I grown on that music pretty much. Seeing Pat being side-man surprises me enough as he hardly appears in any other projects than those who are going under his own name. Never mind, time to listen then.

After long time I spent with this music I have to admit one thing. Logan certainly has his own distinctive voice and, fact that he is surrounded here on his own plot by the stars doesn’t put him off the leader step. Except one cover all the material had been written by him. It is rather clear all the time that he has firm idea what he want to achieve. I wasn’t afraid of the band as they are all side-men one can dream about and fully relay on. Maybe Pat alone was my concern as a natural leader. And his voice is going up front most often in fact, but never ahead.

Richardson has emotive and strong tone. His phrasing is rich and emotionally involving and I like it a lot. His thrill reminds me the great great Joe Henderson whom I missing so much with his melodic clarity. Emotional tone he offers makes me thinking about Lee Koonitz and Sonny Chriss alike. But this is original language and conversation which is going on in front of me is more about finding the new way to communicate than simply play the tune together.

In Creeper, lovely melancholic ballade his alto flies over constantly braking rhythm and its dominant voice blends with Pat’s back lines into beautiful harmony. Quick rides over melodic lines are fantastically dynamically controlled and never feel too much.

In Slow , my another favourite there vivid rhythm and nocturnal piano sound frames nicely leader’s repetitive ostinatos. Breaks of the sax lines together with rhythmic changes makes the tune very vital and involving. Following long sax lines from melodic passages to full blow culminations is clearly the pleasure. His tone is voluptuously smooth. Even in high registers remains edge less and curvy.

When I wake, short interlude with Pat’s characteristic riffs brings memory of his ECM recordings, but just an echo which quickly merges into something else. In Between , another interlude , this time purely Moran’s piano work smoothly moves us to Time, my 3rd favourite track on this album.

Daring display of Band’s wonderful spiritual connection. For sure we are going to hear more about HIM soon.