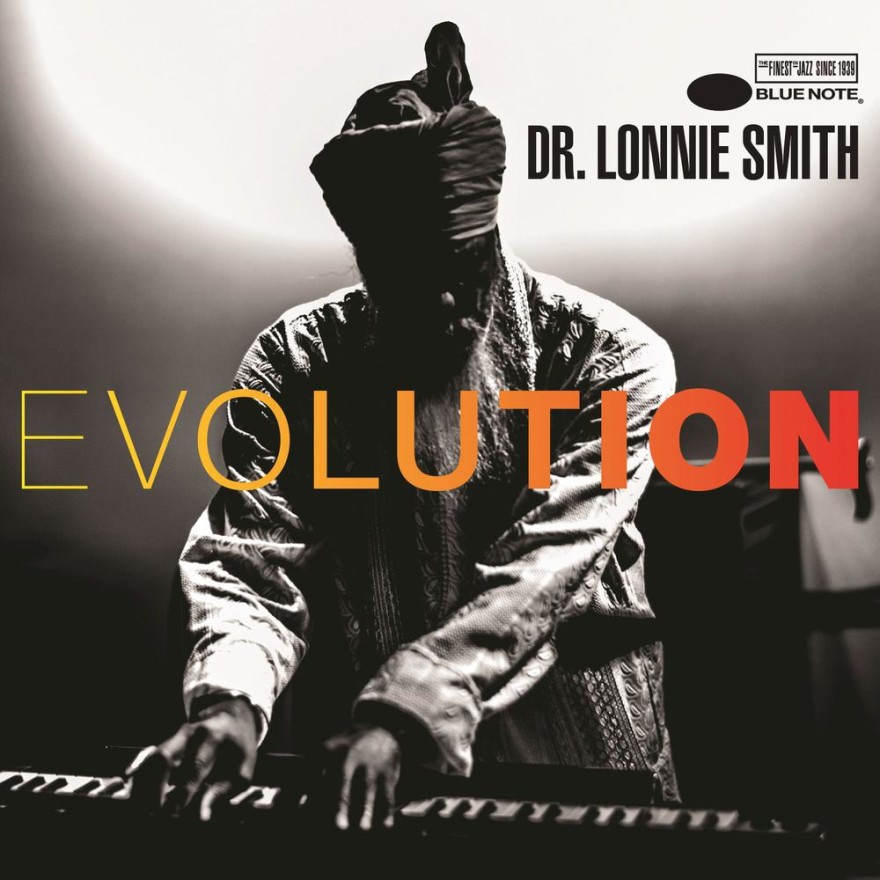 One might ask suspiciously if a 73 years old Hammond B3 Giant can make any Evolution yet after all these years of being around. Certainly a good question with surprisingly big YES answer. Coming back to Blue Note after 40 years is an unusual move as well. The set starts with Lonnie’s long time hits.

Opening Play It Back strikes straight forward and takes no prisoners with two drummers on set and guest appearance of Robert Glaspar on piano. The tune knocks out with its energy and dense rhythm structure. It stands out when compared to original Live At Club Mozambique recording made 45 years back. From pure funk piece, driven by usual 4/4 beat which sounded close to James Brown or The Headhunters like sonic universe it moved into rich two keyboards dialogue.  Full of chunky , percussive B3 chops and piano walking on the melody lines.

Afrodesia another 40 year old tune goes through the similar makeover. Here the leader invited to the session his old band mate Joe Lovano, who also was a part of the original recording. It keeps almost the same tempo , but unusual change to soprano sax makes the bit sounding at least 20 years younger. What stands out here are great brass interludes played tutti by two drummers with soprano sax and trumpet on the top. Brass solos are very well weighted and tasty as well.

In the For Heaven’s Sake Lovano gets back to his main weapon. It suits a gentle ballad better. Also it comes in quite a contrast to fast tempos which are mostly sketching this recording. Then we have the mix of old good standards and new compositions played in the regular trio set up .

Straight No Chaser surprises with its fast tempo and modern approach. Doctors’ touch is gentle here and distances itself from the opening cannonade. Similar , made of muslin like mood comes with opening notes of My Favorite Things. Melody develops gently and somehow shyly, before the break from the drums pushes it back into vivid and more dancy territories. Talk About This is modern funky bit with striking trumpet solo floating over . These trumpet lines alone are worth having the record. It’s the peak of the project to me. Closing African Suite makes nice outro with its ethnic touch and lovely chunky chorales. Flute solo travelling through the main rhythmic corridor is a wonderful show from multi reed instrumentalist John Ellis.

Summing up then here we got a few Evolutions. First is transition of young lion who left the label as a cub and got there back with the crown on his head. Second is matured life achievement of the Hammondist who made his way through the Funk era, co- creating the movement, and at his late days is still proving that there is a bright future for the funk waiting to be discovered. Certainly this is The Evolution at its best.