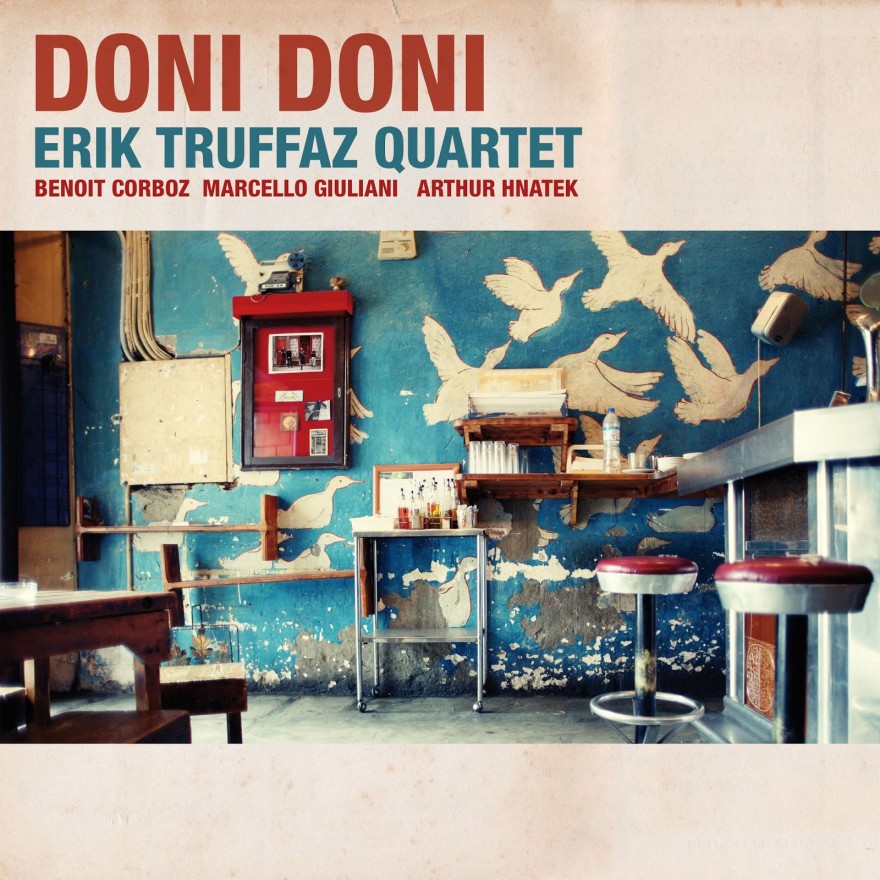 After three years of silence the most recognised French trumpeter is back! His new quartet features old trusted friends. Bass-man Marcello Giuliani with whom he is playing from the beginning. Long time collaborator Benoit Corboz on piano and keyboards. He replaced Patrick Muller after first decade. All this changes re – tuned quartet’s sound in a natural way. But the latest facelift seems to be even more significant. With Arthur Hnatek taking over on drums Truffaz rhythmic approach comes to the new life. Inviting special guests to the session has a long tradition as well since Manti.

Here we have got two leading Malian musicians: Rokia Traore (on 4 tracks) and Oxmo Puccino on the closing bonus track. Opening Comptine, a Nursery Rhyme is an unusual intro but thanks to Rokia’s vocal it takes us straight to the polyphonic universe of the centre African folk. Coming after Kudu with leader’s trumpet up front takes us to well recognised sonorous territories,. However the usual trance like character of Eric’s music comes strongly influenced by repetitive framework structure build by rhythmic section and echoed by following organs. It keeps building up with vocalist’s come back in the following Djiki’n track.

Truffazz’ s sonic universe is strongly built on long melodic phrases like Miles Davis’.  So when it comes to blues it always hits the surface nice with following culmination which is his very own and recognisable signature. Pacheco is a spot on example of that with such a typical Trufazz sound. Szerelem is another one. With long notes playing beautifully written ballade lines, lying comfortably on silky smooth carpet weaved for him by Corboz. Together with the Fat City they create kind of suite. With Erik’s traditional groovy approach it is creating a dialogue with African influenced tissue delivered by Malian musicians. It also  brings to the table a more poly-rhythmic approach.

With Doni Doni ( Malian step by step ) this recording builds up. The trumpeter’s response to Rokia’s vocalises keep building bridges which makes this sonic land vital. Rokia’s singing here although inconceivable to me brings the same feeling as David Sylvian‘s Camphor project. Purely based on onomatopoeic language of sounds and emotions. Despite of the original sense which remains hidden to me it delivers clear emotional message. Instrumental version of the title song nicely explores the background of the melody blended with an African folk’s influence. Here Hnatek again shows what a versatile drummer he is whenever music demands it.

Outro rap alike Le complement du verbe with Oxmo’s lead vocal rightly comes as a bonus as it has no connection with entire recording as such. His interaction with the band reminds Truffazz’s previous episodes with Nya, French rapper he was performing with at the initial period of his carrier well documented on artist’s early Blue Note recordings. Period I always liked and still do and keep listening to hence I liked that one as well. Oxmo voice much more silky than Nya’s sets a bit different balance for whole lot. Sounds less street like , more tamed.

To sum up then – it is another great album which I am sure will be warm welcome by trumpeter’s fans , including myself .