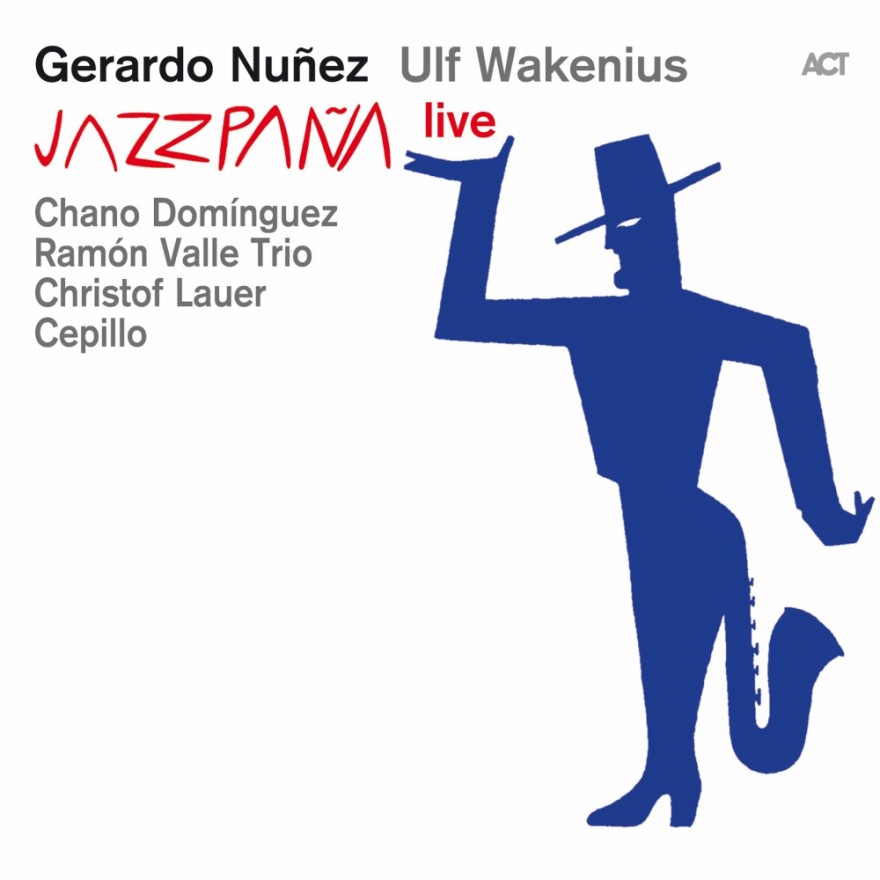 This year’s Jazzpańa Live project is something very special in ACT Music’s catalogue. This is simply come back to label’s roots. An original idea on which the whole concept was created. It did proof to be right and demanded. And it was so well received that it won a German Grammy award on the heart rate in 1992. It did it again in the Millennium when the second act, simply called Jazzpańa II, came to life.

Now 15 years later when revisited Live tour hit the Philharmonic and festivals it is simply condemned to success. What started as a fusion of Jazz and Flamenco Nuevo stars two decades back evaluated further, as did the life itself. But it never lost its freshness and natural vitality. At the beginning Jazz element was probably the most catching power one. When teamed with unstoppable drive of Andalusian folk it is now present here in slightly different way.

After over two decades of being with us this blend appears natural, with Jazz‘s obvious ability to explore and adopt. Whatever fits from a different music spheres. On contrary it became now more like exploring deeper into the roots of its Ibero –Hispanic tradition. That, in turn,  took it previously itself from an Arabic scales at the early Middle ages. That again includes Latin American contribution which had been first spread into native folk with post Columbian conquest to feed two hundred years back. That power hit Jazz world in 70’ties bringing 1st inspiration of the Latin Music to already heavily evolving Jazz itself and created entire Latin Jazz culture. That somehow closes the circle.

It all started with migration and influence spread. Then followed with the fascination in entire process of re-discovering new in that old we know so well. As a migration is today’s life daily bread there is no surprise that these seeds fall in to the fertile ground. Amount of new music coming today from Europe shows that ACT was so damn right with their prejudice about what’s going to happen. Just listen to this music and you will find all that present there.

Without getting to the details it is obvious that the world we are living in now has no borders. Whatever it is: Flamenco, Fiesta, Sol , Jazz with all its styles , you name it. It is all there sparkling and vivid and keeps communicating with today’s listener sensitivity.

With line up based on label trusted names and guests which are equally highly eloquent entire band is like a bulldozer going through the young forest. Simply unstoppable. When I bought Jazzpańa when it first appeared I was just going through transition from Rock music moth to the Jazz butterfly.It opened my mind and it was love from the first note. It shaped me and today when I am writing these words  I can not be more grateful for that privilege. Without that it could never even happen.

Listen to that and be prepared for a challenge to come.