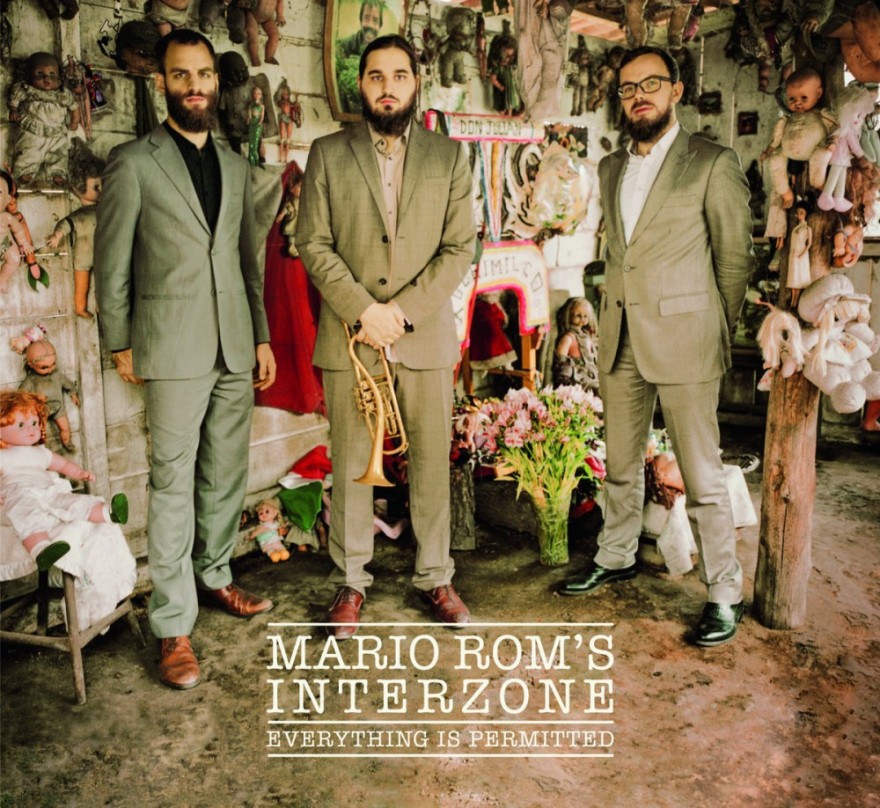 An Austrian trio Interzone run by trumpeter Mario Rom is complete phenomena to me. Six out ten pieces on the disc came from leader, three from his band mate and bassist Lukas Kranzelbinder. Closing Blue Velvet is Bernie Wayne’s classic. Sound is fresh and vivid and artists’ imagination truly has no boundaries.

Opening trumpet solo knocks out from the first note with its straight forward bright tone taking no prisoners or objections either. Section working hard behind with the same unstoppable vitality. It is hard to believe that all this wall of sound really comes from only three musicians. Bassist’s outro solo with closing rocket rock hi-hat’s punches leaves you with mouth wide open and a head dazzled.

Next, crazy titled Shooting Wild Bill Edwards piece builds up on the same highly driving bit as a 1st track. It is amazing to listen how many shades his trumpeting posses. He is changing faces like a Chameleon and the band follows closely keeping the same sense of humour and the feeling of unexpected to happen all the time. With moods changing and style constantly challenging it really is an emotional roller-coaster.

Acrolein coming after has more connection with tradition, but keeps flirting with klezmer sound and drumming patterns reminding some of well known pieces from rock music approach. A la Nirvana or Rage against the Machine. Mostly it is a dialogue between the Trumpeter and Bassist what keeps things building up. Their connection is constant and highly sensitive. Drummer Herbert Pirker has a specific talent to be equally present in trio’s tutti when it’s needed and fade into the background where he is shaping piece quietly, without aiming place in the first raw. Priceless.

Therefore there is enough room given in slow compositions for every band member to show their skills, and they are doing it brilliantly and without leaving any trace of showing off. Just like in Nova’s Revenge for example. Title piece mixes lovely Balkan harmonies with heritage of the traditional Jazz in its best. This piece reminds me so much Miles blowing on Lift to The Scaffold recording. It holds the same madness lurking in following rhythm section and the feeling of something suspect to happen, just behind the corner.

Closing classic theme again stays inseparably with movie memories. While Angelo Badalamenti’s sophisticated arrangement will keep forever Isabella Rosselini’s face in my mind Mario Rom’s approach will do pretty opposite. It would make me asking for Julliete Binoche to come to the dance floor of Transatlantic ship from Giuseppe Tornatore’s : iconic ”1900: The legend” and dance waltz with me.

EVERYTHING IS PERMITTED Traumton PR