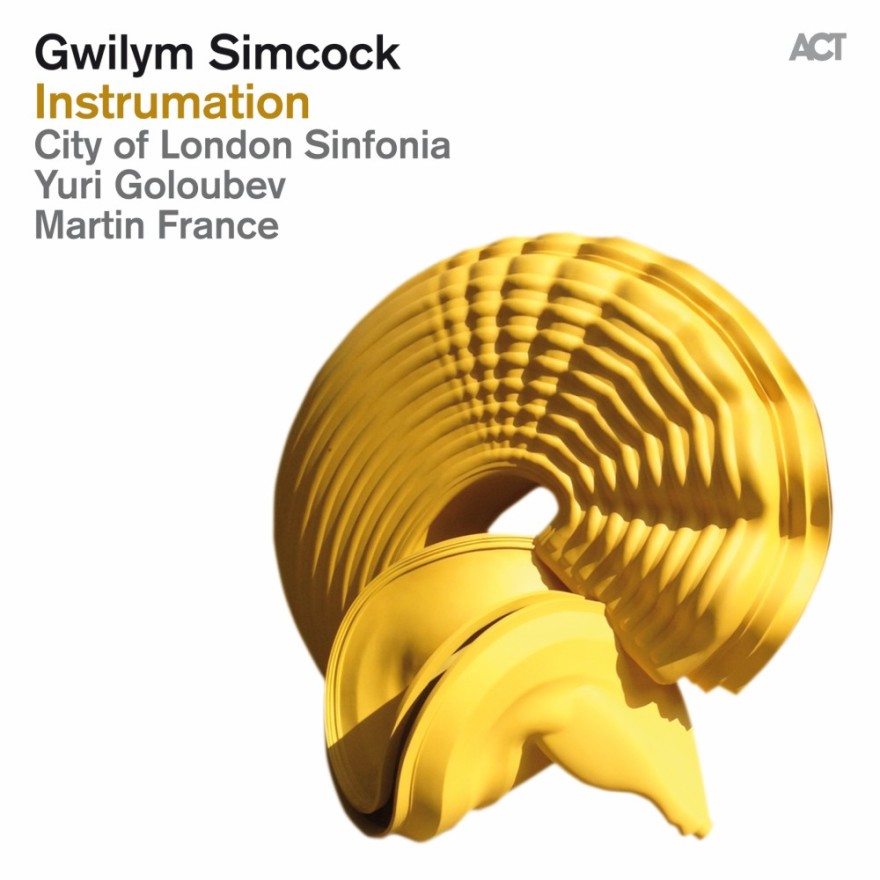 This is not a regular piano trio production with an Orchestra, but quite an unique concept using music which had been written a couple of years back and has been waiting for its chance to be recorded.

First had been originally written by Simcock for himself with CLS, but later on he reworked the piece with an intention of expanding rhythmic aspect of the music,. Having his frequent collaborator bassist Yuri Goloubev and drummer colleague Martin France in mind. Those three are the core of the concept.

The Move! is a very illustrative composition and it keeps listener’s imagination busy. It contains 5 parts but it runs straight through it with breaks between the chapters being only marked by piano solo interludes. That serves for setting up the mood and changing the energy flow by distinguishing differences in style between particular parts of music.

Opening Clunky is a straight forward harmonic progression structure sketched by cello chords making framework around which an orchestral tissue can be made. Gwilym’s piano fits the gaps doubling cello lines and adding pointing to the strength of a already solid structure. There is a lot of room left for improvisation between the movements. All well used with great respect to keep the right balance between the texture of the orchestral background, rhythm devoted section’s forefront and the narrative piano voice.

In Columns harmonically similar to the wall of sound one can imagine himself coming from the church organ. The certain sections of the orchestra are dialogueing here with soloist to develop sonic images with a strong vertical feeling. Amplified by the title itself.

Industrial turns into rich, rhythmically driven culmination of this outstanding piece. Dedicated to Alan – artist’s Dad it’s trying to paint his endless admiration to the phenomena of the industry. This climax of the suite is written with such a massive energy and overwhelming richness of repetitive patterns that one might believe that He was one of the fathers of the revolution himself.

Overture here has a sparkly and dance character reminding with its vital colourant Chick Corea’s pianism with the way leader puts it. With the bass player like Yuri and his outstanding articulation following The Theme turns into wonderful and gentle ballad, where groove pizzicatos make the foundation with violin and cello arcos build a melody vale.

It keeps flirting with Latin rhythm the same as is following Mr. Bricolage . That one however is much more contemporary and far from a Dance, with strings being a bit on the Klezmer side a bit close to folk tunes and with the rhythmic section being a class of its own. To me only this one composition is worth buying the whole album.

Long Road coming after is a nostalgic waltz in which slowed down melody is reaching its culmination in a beautiful and intense violin phrases and string’s dialogues.

Finally closing Dance is dedicated to Ann – Simcock’s mother. It takes us back into the illustrative theme, with highly vivid and constantly changing lively motifs deeply influenced by folk lines.

One couldn’t describe his parents better.