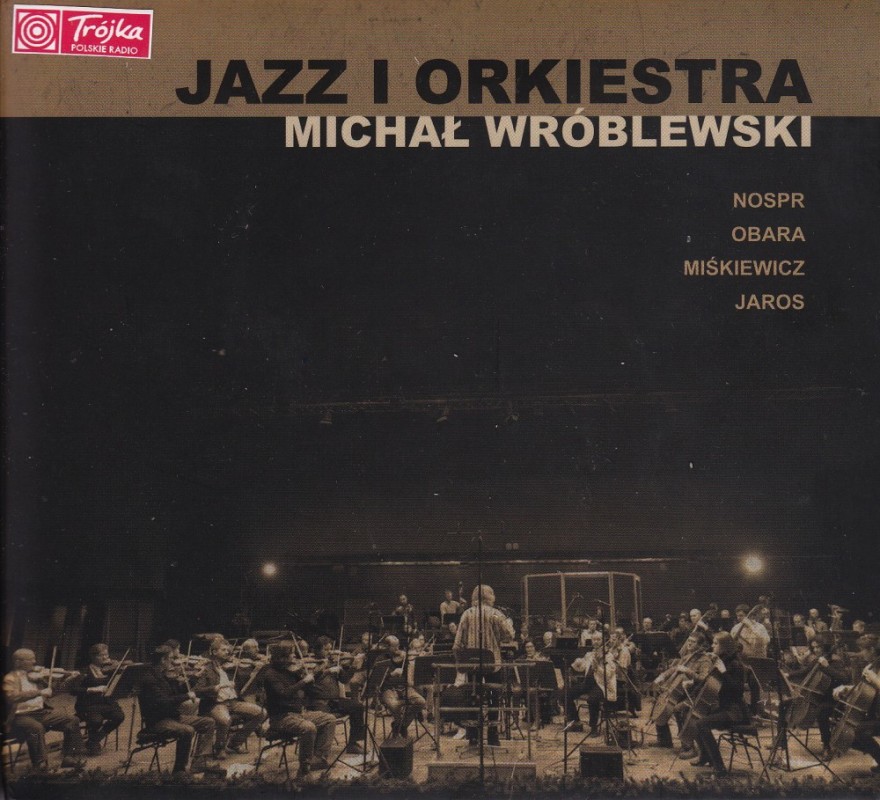 This is the second production from the young Polish pianist I mentioned few months back. On this occasion composed for a quartet and orchestra. Original trio drummer had been replaced here by an excellent Michal Miskiewicz ( ex Tomasz Stanko Quartet., Marcin Wasilewski Trio) and additionally joined by young saxophonist Maciej Obara. Bass pillar of the group, Michal Jaros remains in its usual place. Of course there is also an NOSPR Orchestra well known from numerous classical recordings for an European labels directed by Szymon Bywalec.

Saying that the début record was so mature and outstanding it makes it difficult to find the right words for that one in comparison. It looks like Michal is on the crazy rise up as what’s coming from under his hands is just a breath taking experience.

An opening Psalm sounds very much in Polish Romantic School tradition started by Krzysztof Komeda and them excelled by similar spirits, like Zbigniew Seifert or Tomasz Stanko. It’s a simple and charming ballad reminding music for Polanski’s early movies, with its characteristic intellectual twist.

But this is just an opening. What comes later is the gob-smacking stuff. With an orchestral Interlude and following One for Dotti and Jarretude, known from the début CD but here reworked to the point that they hardly reminding their trio incarnations. This music gains freedom and momentum. Strings are making themes flying high with almost no gravity. Additional amount of air and nice re-verb redefine the space the music lives in. Especially taking are virtuoso passages sounding to inexperienced ear almost like a looped parts, which in fact are not ! It all had been written this way and executed by philharmonics in that highly sophisticated and very rigorous manner.

New pieces here are for example: Rain. Here it is when the change of the drummer pays back. Miskiewicz is well known for its gentle touch and opening cymbals shimmering shows him in his best form. Following Baltic Suite continues to amaze with strings played, loop-like repetitive motives surrounding the trio with almost heliocentric sonic landscape. Piano is very vigorous here and fingerings in the quick passages are lovely leading to the culmination. Occasional sax and drums interludes carry on with theatrical like gravity.

To me it’s not only one of the best moments on this recording, but also the best I heard so far from the young leader. Following Shadows shows how Gill Evans orchestrations could be sounding like if those two could have ever meet each other.

Obara’s sax solos here are very intense and are reminding me a bit of Lloyd’s phrasing which is matching the mood set up here very well. His internal dialogues with rhythm section are showing both: deep erudition and intellectual imagination. Closing Canon, in relative way to its previous Fuga, brings together composer’s ability to blend ancient forms with syncope.

It is beautifully composed music paying tribute to both: Bach and Evans – masters from the other universes sharing one thing – Genius!