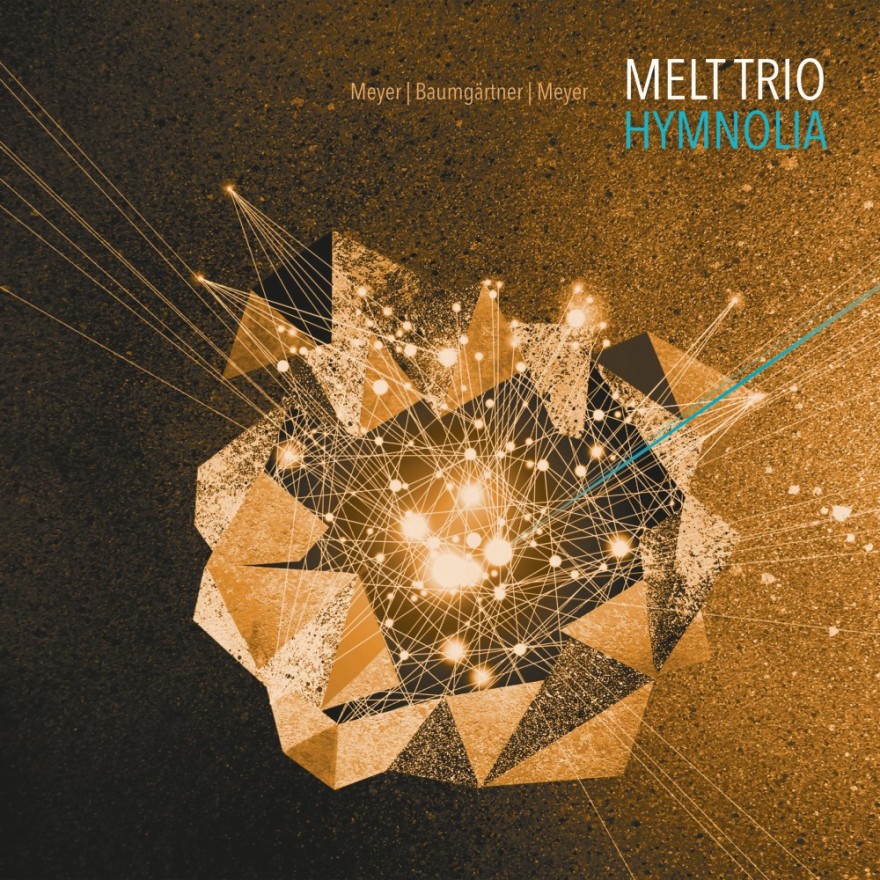 Melt Trio is a young German band and this is their 2nd record. Never heard début one but this gives enough to indicate musicians qualities. Peter Meyer – guitar, Bernhard Meyer – bass,(those two are brothers) and Moritz Baumgärtner – drums. All compositions on the discs came from Meyer Bros. ,almost fifty –fifty. So what is so unique about this trio.

I would say everything , despite their young age and unique approach. Material is not purely based on the jazz roots, many other inspirations are present here as well. In the jazz domain there is nothing traditional or some how mainstream. I can hear echoes of wavy guitar playing pointing inspiration in Bill Frisell approach, like in the opening piece called Dance of Disappearance. This came from the bassist.

Following 14 Falls ,by the guitarist which is a whole different universe, based on the rock-ish rhythm, but with the cymbals patterns flying around and framing shamed chaos perfectly. Peter’s guitar has very percussive attitude itself and for this reason alone it makes the overall sound balance very rhythm ridden, very often repeating after bass in an upper register. But it is still melodic enough to not loose the lines.That describes well what’s going on in heavy handed compositions like Philister in Love.

But coming after Mondberg, for example could easily be mistaken with the other band so different it is. Micro-tonal and flying around invisible orbits. I like it a lot as this truly presents the guitarist’s ability for exploring an abstract of the never ending choices.

Here a massive trust lies in the drummer’s solid foundations, as he is always there and it is him who makes it possible. His iron discipline supported by bright imagination adds the sparkle to repetitive string patterns. The music is very spherical I would say. Once in very open, almost cosmic – meaning inviting listener to join and challenge sounds he never heard together before. Another time it hits the doors of eclecticism offering harmonic structures which can be called classic from today’s perspective. Whatever universe however brothers would choose to fly to they are always supported by their perfect drumming engine, which is truly responsible for both, the rhythmic discipline as well as for the propulsive freedom which seems to have no borders.

Ambient trips with delayed notes tend to grow on it same comfortable as soaring cascades of chords. Tunes like Hymnos or Where Fears Go possess deposits of nostalgia almost the same deep as on Pat Metheny’s solo or duo findings. On is very trans and tight. There is something hysterical inside this short interlude. Rebirth of the Galaxy brings repetitive melody into rhythmic order with mathematical accuracy. It echoes Glass’s ideas somehow. Ground closes recording with eternal open motif that matches with others Bernhard’s pieces on this CD.

Patchwork of compositions shows clearly that the bass man is the one who adores gravity, when his brother has no fear to fly high. This is very interesting mix of personalities and will be glad to keep my eye on upcoming recordings , as they are quite exceptional I would say.