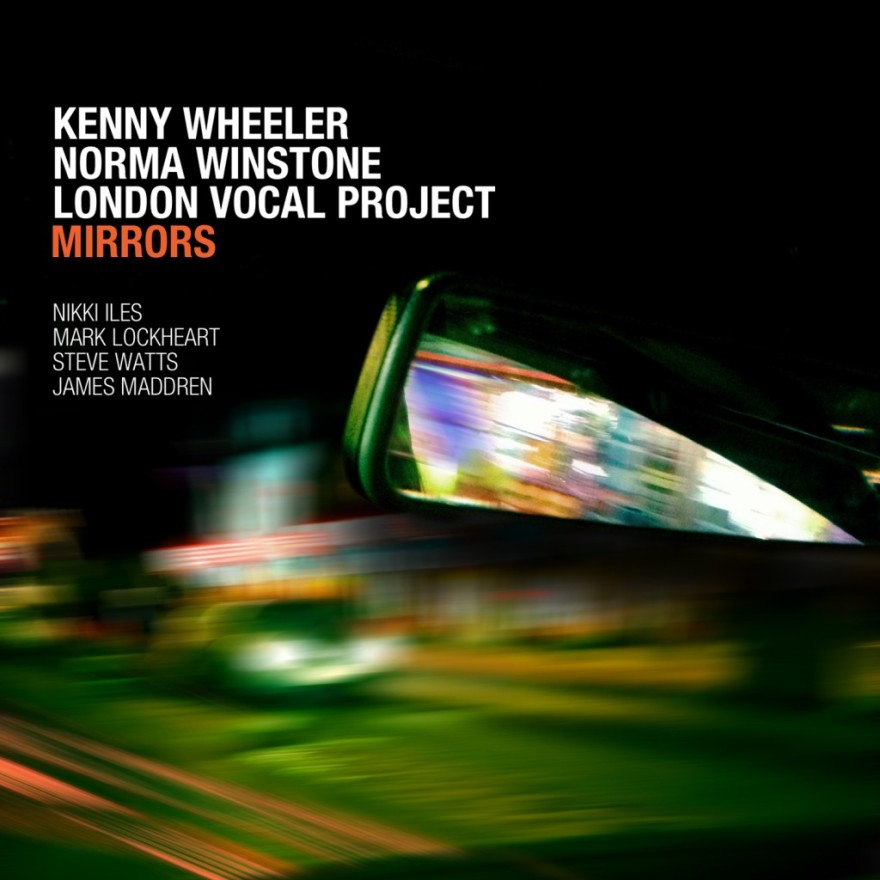 When I came across this recording I was simply delighted as I had a chance to see that on the stage , perhaps a couple of years back in London’s Vortex. I remembered that as a stunning performance and till now I wasn’t aware it had been recorded. So I was even more thrilled when I noticed it is issued now , as it is a really special project in Kenny Wheeler’s portfolio.

It reminded me that he was 80-ty at that time and truly at the peak of his form. Same applies to the amazing Norma Winstone. “ Mirrors “ brings them together in that exceptional collaboration with the London Vocal Project directed by Pete Churchill. The 25 members choir appears here backed up by jazz quartet: Nikki Iles on piano, Mark Lockheart on saxes and the rhythmic section including Steve Watts on double bass and James Maddren on drums.

All music had been written by Wheeler to accompany poems by British poet Stevie Smith as well as selected texts of Lewes Carrol and W.B Yeates and commissioned by Berlin Jazz Fest, where it had its première in 1998, originally in a version for five solo voice consort. One can imagine him self how 20th– century poetry quoted could be possibly framed by Ken’s music, which is very him and recognisable to those who are familiar with his earlier big bands realises.

But looks like it was an apple on the eye for all of them if they decided to get back to this music after 20 years it had been written. Good for us as this is really The Jewel in the Crown. Deeply emotional and personal Margaret’s poetry is served here presumably in completely different context as it could be written back in her days. Flying on the choir voices is giving it more openness and regarding to the intimacy spelled in her words, becomes shockingly straight forward by its honesty (The Broken Heart ).

Black March in contrary sung on the straight bit has completely different presence. I can believe it might be a very personal thing when it is read like that but under Pete Churchil treatment to Ken’s music it became more like a manifest song glorifying beauty of the friendship.

More surreal Carrol’s lyrics are giving the band and choir more possibilities to make arrangements sparkling and it really comes to the vocal masterpiece. But the icing on the cake of this recording really is Norma’s version of Carrol’s Through the Looking Glass. Sung with crystal clear voice on the choir vocal background and with a gentle company of brushed crushes it makes perfect introduction to Wheeler’s wonderful deep and reach solo flying over the trio.

This few lines of music makes such a wonderful illustration to these lyrics than they really became the lightest highlight of the session. She made these words sounding more serious than they ever supposed to. This is highly recommended recording and truly a must have on every serious Lieder lover’s shelf. Must be heard to be fully appreciated as it goes far beyond my single review space allowance, hence I have to stop here.