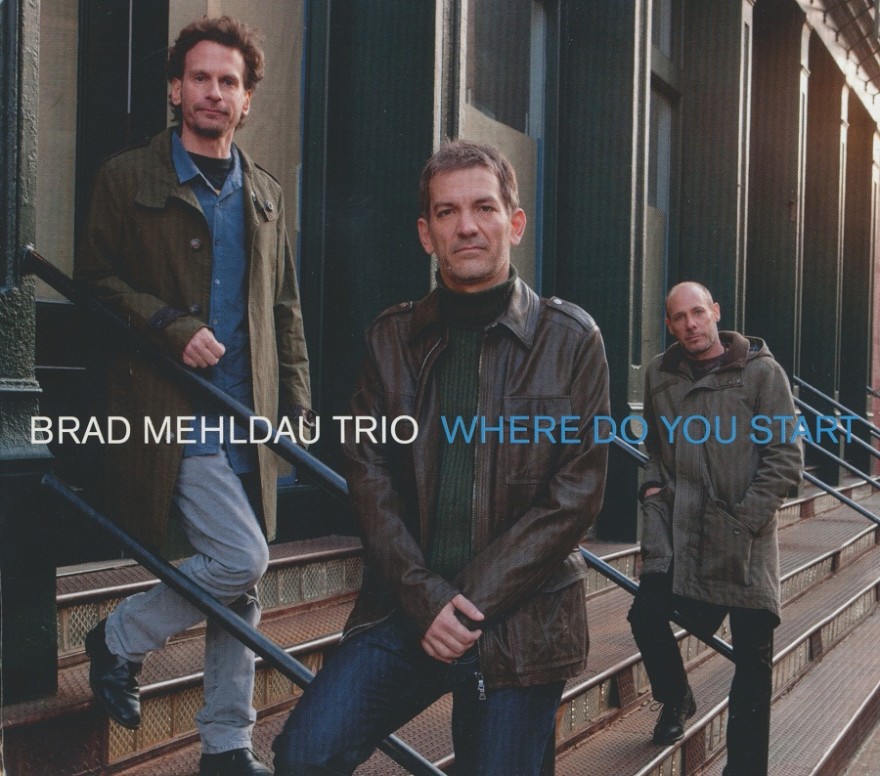 Well. If you think about piano trio today ,who would be in your opinion the first one to point? Brad Mehldau is an obvious choice for me, and I am sure that for many others as well. From middle nineties his Art of Trio recordings set up new standards of reading , interpreting and playing music in this medium and it was revolutionary and visionary work which he did with his remained bassist Larry Grenadier and former drummer Jorge Rossy.

Here Jeff Ballard completes the squad and again ,as it always was, an interplay in the group is just brilliant. The fact is that listening to all this collection ,even if as pointed there is 3 year gap between the time base in this mix, no one would really say that. That is enough to say about the group integrity. Regarding pieces. Brad used to cover a lot from different spheres during his long carrier ,from jazz classics to psychedelic rock ,so all followers are used to such a surprises.

On this occasion we have got just one his original. The rest are more or less known tunes from others. At least to me. Like Brownie Speaks by Clifford Brown, sparkling blues with a little buggy twist which doesn’t appear in original arrangement from fifties in that way. The melody line had been lovely preserved here, but rhythmic accents put brand new life into it, showing in fact, how progressive were Brown’s compositions. Spacious drumming closing part shows great respect for Art  Blakey’s original though both presenting completely different styles.

Costello’s Baby Plays Around holds original melody without adding many variations ,but is harmonically enriched vastly. Changing tempos during repetitions giving band opportunity to dig dipper between the lines, again showing that Brad has great nose when it comes to picking up from the pop shop. But Elvis itself made a long way since he wrote this beautiful tune ,with no bad lyrics at all.

Sonny Rollins’ Airegin is another “milestone” piece, not just because being written in 1954 and first time performed with Davis’ Prestige quintet, but due to its further influence for next generations. It was well played after by many, not just Rollins, and lots of variations exist in well documented recording libraries. Brad’s one is in the middle between original tempo and further author’s fiery arrangement. Such masterpiece as it is allows multiple variations and in skilled hands shines like a diamond.

Hey Joe, a wonderful Billy Roberts gospel blues, had been bought by Jimmy Hendrix into position of an freedom Anthem for generations of seventies, and for many people still remains there. In fact many believes that’s his origin. And it is hard to blame them even as it is him, no one else, standing out of the crowd whenever it sounds. Trio made it right. Without forcing. Fighting against guitarist’s sparkle wouldn’t make any sense. They analysed modal structure of the piece instead, with accents put on choral spine and rhythmic walk making your mouth whispering these two words whenever rhythm comes back.

Brad’s own, called Jam, has this typical open structure giving your room for joining in and inviting for further exploration. Remaining tracks are equally good in the case of Trio treatment, however not being familiar with originals I can not say more about. And I wouldn’t like to anyway. Let’s go for it and give it a run. He did it in past and now he did it again , with no excuse.

NONESUCH PR: Brad Mehldau Trio – Where Do You Start