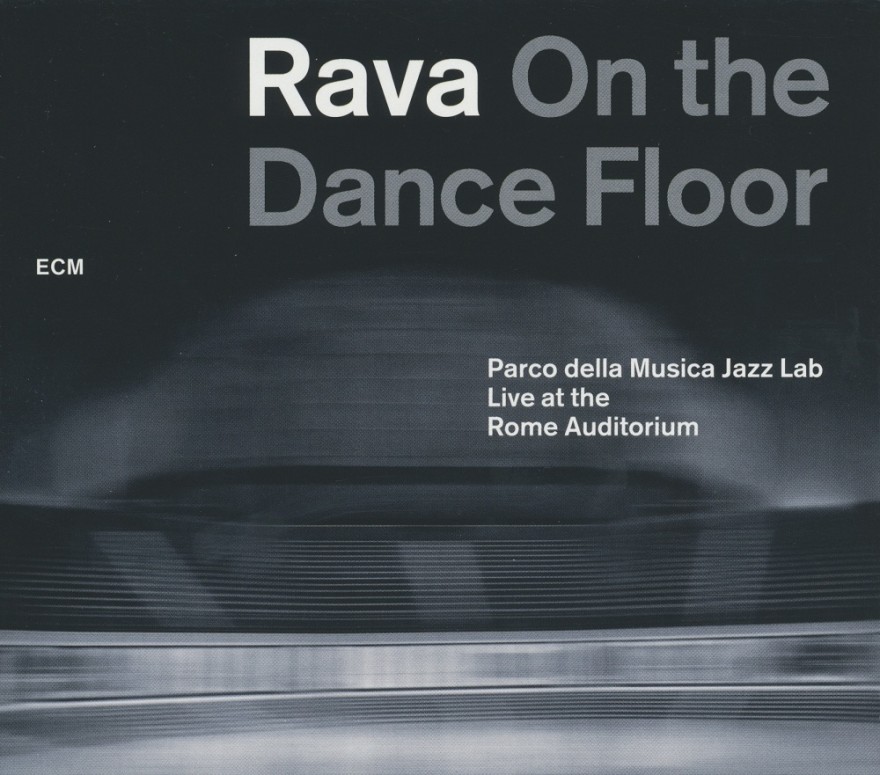 Rava’s latest project took me by surprise. Knowing Enrico’s music really well I was familiar with his previous projects ,mostly piano less quartets and quintets, but also with some orchestral collaborations , including his opera reading among others. Bearing in mind his past relations with musicians like Roswell Rudd ,Ran Blake or others related to the contemporary scene and following his recordings rather consequently I would guess he can got inspired with everything on the planet but Michael Jackson who ,as he said “ he didn’t discover until the singer’s death”.

Honestly I could say the same about myself. Being aware is one thing. Listen to is another. Staying out of pop all my life I never cared about hit lists etc. And actually stopped listen to Jacko after he left Jacksons 5 and there was noting attractive left for me any more.

This is a big orchestral project and employed on this occasion „Parco della Musica Jazz Lab”, contains mostly studio musicians who remains completely unknown to me. Similarly surprising is the fact that recording had been issued by ECM ,as label has its very specific sound signature, hard to mistake with anything else. Hit selection is unusual here as well as trumpeter not necessarily picked up most famous tunes from the Pop King. But what he dragged out of them truly brought back life to them. With no vocal ,we are left with music alone.

It is not anything that Jacko’s fans might like. There is no leading guitar. Driving power had been given to brass instead. Changed tempos in pieces like Speechless or Thriller bought new balance to the composition. Brass rearrangements truly shown Jackson’s phenomena in brand new light and probably without skilled interpreters like Rava himself we would never found it on our own. Some elements , like Conga solo in Thriller gave a new space to the piece which previously was routine congested with boring rock meets funk percussion gallop.

On the other hand composition like They don’t care about us or Little Susie for instance, driven by Rava’s light trumpet modulation, getting unexpectedly close to orchestrations reminding famous Nino Rota’s patterns known from Fellini’s films scores. Those are my favourite. Chaplin’s Smile ,the only tittle around not belonging to Jacko’s heritage, is another one possessing this immediately recognisable burlesque tone.

Blood on the Dance Floor is the one which possibly holds most from Jackson’s original in the case of propulsive bass line and dancing qualities. But again percussion support and fantastic brass Tutties finishing every cadenzas making it blowing out of poster.

Same have to be said about History, which enriched with freshly gained marching patterns coming out of brass section and trumpet lines bridging nicely to the rhythm section. Piano solo breaking into that ,again shows massive potential hidden in this music .Sparkling brass Tutti closing this live set showing that the score choice was as wise as an order.

To complete that I would recommend to Micheal’s fans to give it a run, as his ghost is still there. At least it is his music and they might be same nicely surprised with their finding as was I when I heard this project 1st time. For those who love Rava’s tone there is nothing to be afraid- it is still there in full presence and as strong as always. Accompanying brass players are equally first sort and all had been done with full respect and attention to the quality.

Something what common jazz fan would not automatically allocate with the music of Michael Jackson ,but I have to say that it is another project showing that we are wrong. Very surprising adventurous and full of discoveries. And as always we can except from Manfred Eicher – excellent recording quality.