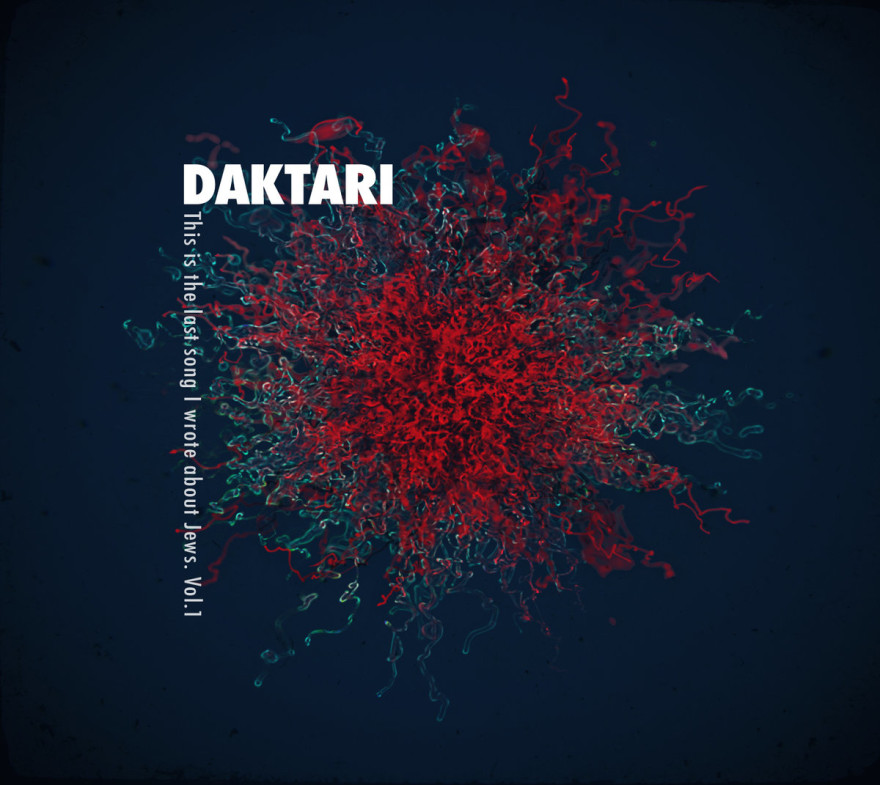 Daktari is the young Polish group led by trumpeter Olgierd Dokalski. They just started to play together 2 years ago only ,but already work out their own recognisable style and managed to establish the name of the band across leading music magazines. Daktari means Doctor and the name had been borrowed from TV series title. But it is quite easy to remember and sounds dynamic too, so it does a job just right.

Group plays the music which is hard to classify. First coming to mind is a blend of Balkan Folk with a bit of Klezmer influence on the top married to jazz – rock fusion. But this is just a simple first association coming to my mind after listening to the debut recording. More I listen to it – more is coming out. Fusion is a good word here ,but it is so vivid and organic that it seems to be a bit meaningless in regards to sounds they create. Having roots anchored in punk ,improvised music and psychedelic scene and behind being DAKTARI running separate projects, musicians seems to bring much more to the table.

Opening Hiszpan (Spaniard) starts as a gentle folk tune but very soon it becomes counterpoint by phenomenally spacious and contemporary guitar sound-scape created by Miron Grzegorkiewicz . Tune turns into the repetitive fiesta which does not belong to Polish tradition in any meaning. Motive then becomes amplified by joining force with tenor ,and again electronic guitar plucking gives it tremendous drive and dynamic support.

Following Zanussi starts with spacious trumpet solo which reminds me Dave Douglas blowing ,but the tune goes like an armoured train bringing to your mind velvet underground rhythmic section married with Marc Ribot guitar ,to slow down to John Zorn plays Morricone like harmony. The following 45 seconds tune is like piano break (looped ) with shaking brass phrase. It is very illustrative and bringing completely different tension to the complexity of this recording.

Next is Pollux ,best example for Jewish influence with trumpet flying over folk motive ,but soon joined by Robert Fripp like guitar turns into some like one of Zorn’s Radical Jewish Culture discs . It might mean everything, from death metal like heavy tracks into lyrical solo melodies rounding around oriental origins. I am writing that to show the capacity.

Instead of going through all tracks I ‘d rather like to make as much findings about influence as I can. In this recording, there is lots. With full respect for originals ,there is no trace of simple imitation. Instead there is deep understanding of original harmonies and pure knowledge gained from. It is surprising that mostly tunes came out of trumpeter , as for me the harmonic structures build up by guitarist are what makes this program phenomena. Rhythm section is perfectly fine and nothing wrong can be said about. Just rock solid basement. Brass is what brings the colours to the music as expected. Led by trumpet ,with a lot of room to feel left for the sax player ( Mateusz Franczak). But what is really bringing drive to the project is a guitar.

Acoustical plans build by young players surprise me a lot as they are so creative and mature and really pointing a massive sonic imagination. His playing is very individual and brings to memory Robert Fripp ,Brad Shepik and irreplaceable Mark Ribot. Electronic guitar layers fall down like Sachiko M’s generator guns.. They wave ,they swing or counterpoint ,depends what is needed. And if is needed complains cadences too as well as joins brass section soundings just like one more reed. Excellent technique and imagination. I am looking forward to hear upcoming second release soon.