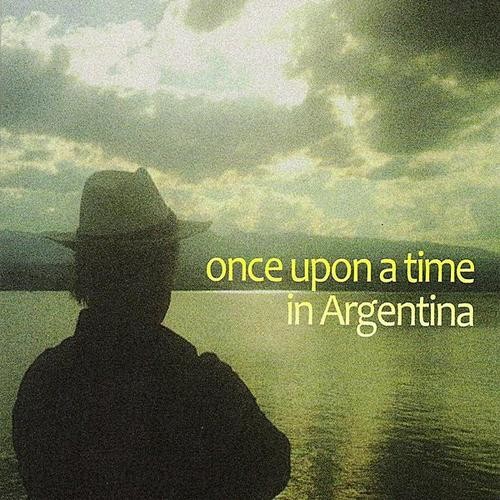 As I already mentioned in opening review this wonderful Haslam’s Argentinean Affair it will be good to jump now into the latest harvest from this astonishing series. Two discs set contains two separate sessions. 1st takes title straight from the cover and is using George own words “ journey from memories and experience”. He invited 3 of his finest collaborators for this set: 2 percussionists ,both coming from very different background. “Juan Carlos Martello, a free drummer but very Argentine and the great folkloric drummer Jorge Savelon ,together with Ruben Ferrero ,a master musician with whom I have worked over 20 years on piano, pianica, percussion and voice”. It become obvious at that point that this collective know each other over two decades and playing together is just as flawless as a flight. Over 40 minutes of music had been recorded here as one go and it appears on the discs exactly as it had been performed. Split to 12 tracks just for the listener convenience. “ To ask for a 2nd take would have been impossible (but could be interesting).”says George.

Opening Departure is a flood of percussion dust fall around refreshing like long awaited summer rain. It sets up the mood immediately, giving this feeling of naturalness coming out from the tropical forest ,with all this rhythmic artefacts which are constantly surrounding us ,but we remain unaware unless somebody point it. Martello’s response keeps nice balance between freedom of choice from endless free patterns and simple natural complexity. Piano’s sparkling cross-walk sets up border lines for this conversation together with dominate voice coming out of the baritone horn’s bell. Second track (Pianica) intro takes directly from opening one’s outro. George’s pianica theme keeps nice and simple folkloric melody going , gently sliced into few chorales occasionally , but immediately repetitively brought back to the line. Percussion accompaniment complains tune beautifully.

Following Gauchos is a rise of drumming introducing upcoming Tutti momentum with voices in background clearly showing the joy of playing together.

When it comes to Kalimba (4th track) ,it’s gentle walk appears almost like another processional dust against George’s tarogato howl. When piano replaces it substance becomes even more condense ,but there is still enough room left for other voices to join.

Cutting out brings us to Camivalita interlude. Set up purely on rhythmic dialogue it has something organic and tribal in it, giving hard to describe feeling of free space .

Again ,from piano chord is starts as a Chacarera. Here, rising plucking walking with choral progressions thickening quicker than following rhythm, start to dance you gently. Ten step dance has clear melodic line. It doesn’t strike like a Tango ,but it has it’s own claw. Carnival ,coming after is where drummers still the show. Their rhythmic conversation is like weaving.

They supply the canvas on which George’s baritone keeps painting wonderful phrases with sweeping melodic lines (Baritone). In the minor palette and nostalgic contour ,the melody twists like King Cobra to turn at the end into long, rough, Coltrane like short blown ,but intensive words. What comes next is closing lovely solo which opens a room for a next chapter titled Voices. Onomatopoeic cross-walk of rhythms and voices merged together. Next departure called Arrival appears as a dialogue of sax and pianica or piano. Improvisation is quick and intense here and a class of all musicians involved is obvious here. But percussionists job, wrapping around the main subject is simply mind-blowing. Again with sparkling piano walk and raising intensity of rhythmic palette the Fireworks arrives, delivered by gentle hits of crush cymbals and driving us till the end of Coda – just a manifest of mutual joy, smiles and satisfaction after this wonderful session.

This special project is Haslam’s tribute to Walter Thiers ,a central figure on Argentine jazz scene and main animator of festival events for 40 years as we read at linear notes. Something that not most of us is even aware of. Hence even more important, but behind that dedication ,what counts most is the music. And this is just brilliant. True rarity for saxophone quartet enthusiasts. George himself ,a quarter of famous British Saxophone Quartet join forces with others – Pablo Ledesma on soprano, Sergio Paolucci on alto and Daniel Harari on tenor.

All gentlemen definitely are having a deep reason to remind Walter’s memory as program they recorded together clearly shows. An opening Walter , a simple tribute starts as a fanfare of sax voices which keep passing phrase from one to another ,then twisting it and converting and going through available modulations to get the same pure separate deep four bells choral ,clearly showing beauty of simplicity of the voices joined together. Roswell Rudd’s hymn All Nights Soul ,arranged for quartet by Ladesma gains new quality from that and becomes more nostalgic that trombone played lines only. Following Devocion Sereno has beautiful and full of melancholy melody. An improvisation is based on North India Todi Raga as description explains. Following hymn ( Himno #1 ) is another Ladesma’s arrangement and as one done to Rudd’s theme, posses the same deposit of musing which comes out from artfully written score. Song has antiphonal character, where two voices are keeping melody and dialoguing with singular phrases supplied by separate saxophone. This arrangement reminds me famous Moondog’s Birds Lament. In the next tune, early Haslam’s composition called Albert appears. This dedication is obvious and needs no explain. Chorales are beautifully played and gentle articulations underline fragile phrase like a jewel in crown. Cancion Sin Melodia ,another by Ladesma ,as per title is a song by tenor played on the melody created by remaining voices blend together and accompanying the leading one. As the rest on that session they are played with fantastic subcutaneous communication and a rare feeling of freedom. St. James Infirmary Vidala is based on  traditional tune arranged by George on that occasion and certainly taking a long departure from most famous Satchmo’s tune originally recorded in 1928.. It brings the same reverie back which appears across whole session and  intentionally brings  note of sorrow to crown the sax lamentation. Closing Tinto Dreams starts from dense and tangled cacophonous motive which slowly but firmly develop melody. From overblown howls and sparkling vibratos appears a figure which builds up into the melody passed by voices to gently slow down and disappear.

It is not just a symbolic final note ,but also fanatically sensitive and imaginative closing to all that freedom given to performers. I love this session a lot as it is rarely lyrical in musical meaning. Very often sax projects like that turn into pure maths. The form build up figures purely involving imagination and listener’s sense of three dimensionality. I am not saying that this one is flat ,as it is not. It just lacks this abstract dimension and remains in a traditional sonorous domain creating a nice arch between the church choir music and melodic nature of the sax voice. With its formal set up it becomes sort of Requiem ,if you know what I mean. Not being familiar with instrumentalists other projects ,except those few issued on SLAM , I have this rare comfort to adore music as it is without doing any comparisons.

This got my highest recommendations for both a concept and the recording quality.

“ONCE UPON A TIME IN ARGENTINA”

The music is a continuous improvised suite of 42 minutes.